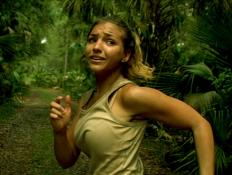 Emily wakes up to find herself in the middle of nowhere, chased by a group of lunatics for reasons beyond her comprehension.  But her instincts kick in, and she fights to survive as she tries to make sense of the mess she has stumbled into. Hunted was first written with the intent to capture some of societies flaws, we live in a world today where many people in positions of authority become corrupted and drunk with power, that all barriers come crashing down, and moralities and values are nothing but a distant memory.