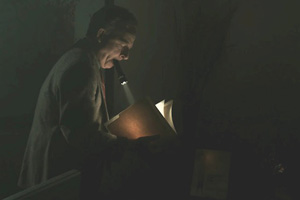 A mysterious private eye is hired by an arrogant advertising executive to investigate whether his partner is stealing from their ad agency, triggering fiendish consequences in this neo-noir film with a dash of creepy magical realism.

Filmed in Los Angeles, the story is loosely inspired by the critically acclaimed Brazilian novel The Devil To Pay In The Backlands. Like in noir novels, Stuffed depicts a world full of cynical attitudes with dialogues that sometimes sound outlandish. The title is used in the whimsical sense of “turned into stuff.”