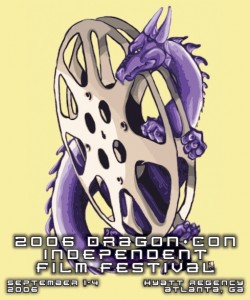 For 2006, we hade an amazing selection of the very best short films from all over the world.  There were monstrous African birds, greedy time travelers, persecuted robots, depressed vampires, ninja store clerks, confused storm troopers, and dead mimes.

Additionally, a Peer Choice award was presented.  It was determined by the votes of the filmmakers.  Finally, filmmakers were asked to vote for a film by an attending filmmaker—that filmmaker received a cash prize to offset some of the cost of supporting the film.