2009 was another year filled with excellent films and engaging panels, including: 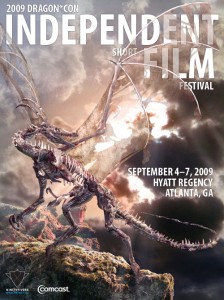 Our 2009 poster. Artwork by Ahyicodae. Poster design by Paul J. Iutzi. Click on the image for larger version. Copies are available from the artist at deviantart.com