Cinda Williams Chima is a New York Times bestselling author of young adult fantasy novels. She currently has nine novels available, five in The Heir Chronicles and four in The Seven Realms series.  Her 10th book, Flamecaster, the first book in The Shattered Realms series, will be released on April 5, 2016. She was kind enough to answer a few questions. 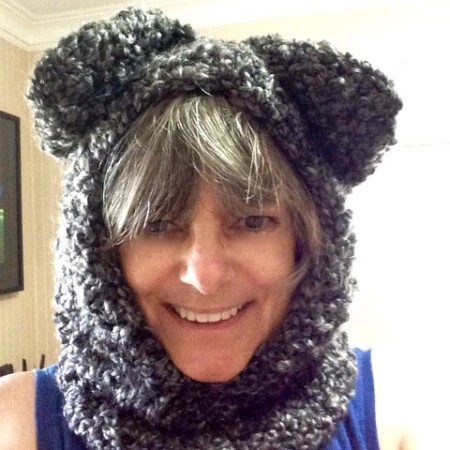 Daily Dragon (DD): Thank you so much for taking the time to do an interview with us! Can you tell us a little about your Heir Chronicles and Seven Realms series?

Cinda Williams Chima (CWC): The Heir Chronicles is a series of five contemporary fantasy novels set in the magical world of Ohio. The characters are members of five magical guilds—warriors, sorcerers, enchanters, seers, and wizards. Wizards are the most powerful guild because they can shape magic with spoken charms.

The Seven Realms is a high fantasy quartet set in a world originally inspired by George RR Martin’s Westeros. I loved what he did with character—nobody was all good or all bad—just a delicious shade of layered gray. My new series, The Shattered Realms, is a spinoff of The Seven Realms series. So far, all of my books involve wizards behaving badly.

DD: For a reader new to your books, where would you recommend they start?

CWC: Those who prefer contemporary, real world fantasy might prefer The Heir Chronicles. The first book in that series is The Warrior Heir. It’s also more accessible to those just dipping their toes into the fantasy pond. The Seven Realms series appeals to older teens and committed fantasy nerds who like nothing more than to lose themselves in an exceedingly dangerous fantasy world.

DD: What made you decide to write YA fantasy?

CWC: At the time I decided to focus on novel-length fiction, my sons were 13 and 16. We are all fantasy fans, and I thought it would be cool to write something we would all enjoy reading.

DD: Which of your characters do you most relate to? Why that character?

CWC: That’s like asking which of my sons I like the best—that depends on what they’ve been up to lately. Han Alister is a favorite of mine because I got to watch him evolve from street gang leader to wizard to high wizard, to—well, you’ll see. Even his language evolved from street slang to something that could serve at court. I love transformation stories—they bring with them a big helping of hope.

DD: What type of books do you like to read in your spare time?

CWC:  I read mostly YA, a mixture of fantasy, science fiction, and realistic fiction. I real adult books, too—being a writer of teen fantasy allows you to be behind in your reading in several different genres.

DD: Can you tell us a bit about your upcoming novel, Flamecaster?

DD: What are you most looking forward to at Dragon Con this year?

CWC: I love events like Dragon Con because I feel in context. I finally fit in, after a lifetime of feeling like the only Baptist at Mass. As my son said, “For the first time in my life, I feel like I’m not nerdy enough!”

DD: Where can readers find you during Dragon Con?

CWC: I’ve posted my DC schedule on my blog. I’m doing three panels, an autographing session, and a reading. In addition to the events listed on the app, I’m doing a signing at The Missing Volume, Sunday 3PM, at the Americasmart Building 2, Booth 1301–1303 and 1400–1402. I’ll be giving away books at each event, including a limited number of Flamecaster galleys.

DD: Thank you again! I hope you have a fabulous weekend.