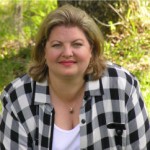 C. L. Wilson’s unique blend of epic fantasy and romance has carried her onto numerous bestseller lists, including The New York Times, USA Today, and Publishers Weekly. Her debut novel, Lord of the Fading Lands, the first in her Tairen Soul quintet, won the National Readers’ Choice Awards for Best First Book and Best Paranormal/Fantasy Romance. The other books in the series garnered similar accolades, with Publishers Weekly describing the final volume, Crown of Crystal Flame, as one that “should have great appeal for fans of fantasy.”

In 2014, Wilson launched a new series, Weathermages of Mystral, with The Winter King. Publishers Weekly designated it one of Summer 2014’s Most Anticipated Reads. Wilson sat down with the Daily Dragon to discuss her forthcoming books.

Daily Dragon (DD): What is the world like in the Weathermages of Mystral series?

C. L. Wilson (CLW): It’s Earth-like except it’s full of magic. Every story is set someplace different. The Winter King is set in Wintercraig and Summerlea, which are both in the Aesir Isles. Wintercraig is very Norse, cold, with hardy and independent people. I drew heavily from Icelandic and Old Norse for names and place names. In everything, I tried to give it a Norse feel. If you’ve seen the Sky Run, it’s sort of like that.

DD: Who are the main characters, and what problems do they face?

CLW: In The Winter King, the heroine is Khamsin Coruscate, a princess of Summerlea. Many people have forgotten about her because her father kept her hidden away. He blames her for the death of her mother. Khamsin ‘s magic is the ability to command storms. When she was young, she had a tantrum, causing a storm that injured her mother, who later died.

Wynter Atrialan is the King of Wintercraig. His brother was murdered by Khamsin’s brother, who went to Wintercraig as an ambassador but was really seeking a book that would lead him to a mystic sword. He stole the book and Wynter’s fiancée. As they ran away, he killed Wynter’s brother, his only remaining family. Wynter embraced a terrible magic called the Ice Heart, the essence of a dread, immortal god, Rorjak. Known as the Ice King, Rorjak was born mortal and was raised to godhood by a goddess who fell in love with him. The goddess made ice spears for her brother, who used one to kill Rorjak. All that’s left of him is the Ice Heart. Wynter faced a harsh trial to gain access, which gave him enhanced power over winter. He can spread winter anywhere he chooses and used this gift to defeat Summerlea.

The Ice Heart is slowly freezing Wynter from the inside out. He’s losing the ability to feel emotion. Once he’s fully frozen, Rorjak will reincarnate in Wynter’s body and plunge the world into winter.

Wynter’s match with Khamsin is a marriage of convenience. He hopes they’ll have a child soon and that loving it will melt the ice. Love does melt the ice, but not the love for a child.

Atrialan, Wynter’s last name, comes from atrial, having to do with the heart. So his name is actually Wynter Heart.

DD: What is the next book, and when will it be available?

CLW: The Sea King features a hero who shows up at the end of The Winter King, Dilys Merimyeion. One of Khamsin’s sisters, Summer, is the heroine.

Everyone in Mystral has some kind of magic, even the common people. In Summerlea, many people’s gifts relate to growing things.

The royal family has the strongest gifts. Dilys can control the sea and communicate with the creatures of the sea. I always said he was a cross between a gladiator and a Samoan warrior, wearing a leather skirt and a musculata (the gladiatorial chest piece sculpted to resemble muscles). And he has dreadlocks.

Then the casting for Aquaman, who also communicates with sea creatures, was announced, and it’s Jason Momoa. He looks just like I envisioned Dilys.

The release date for The Sea King is not set yet.

DD: Have you abandoned the Fading Lands of the Tairen Soul books?

CLW: Oh, no, absolutely not. I’ve started Bel’s book, but I had to set it aside to write the Mystral books for my publisher. I intend to return to Bel and Gaelen’s book as soon as possible.

DD: How did you come up with the Tairens?

CLW: They started out as dragons. I love dragons and have been in love with them since I read Anne McCaffrey’s Dragonriders of Pern. I had to change the Tairens, though, because someone else published a book with dragons much like mine. I kept the dragonish features that were important to the story—flying, having people ride them, intelligence, sensitivity, and breathing fire. I saw a picture of a black panther that was magnificent, and I thought of putting some wings on that fellow.

DD: Do you have any other projects in the pipeline?

CLW: After The Sea King, I’m writing The Jaguar King and The Dragon King for the three Seasons, or princesses of Summerlea. Then I do want to go back and finish Bel and Gaelen’s story. And I have an ongoing project to teach myself to write faster. [Laughs]

DD: What inspired you to try your hand at writing, and why did you persist with it?

CLW: My website probably has the best explanation of that. I’ve been writing since I was six. I had to ask my mother how to spell people and was sure she was telling me wrong. As a child, I wrote short stories to give to my little sister with the aim of making her cry. Not because I was being mean but because it was a good story if it made her cry.

I read The Lord of the Rings, and it touched me, and I started my first fantasy novel. It was total Lord of the Rings fanfic, by the way. Then I fell I love with Star Wars and wrote a Star Wars book. When I found romance, it was like crack for me. It still is. My reading preference is to gravitate toward a book that has a good romance. If you put a romance in a book, it raises the stakes because now there’s something emotional at stake, too. When you have a lot of action, the romance can be tender or passionate but changes the mood.

CLW: Because I’m a fantasy nut. I’m one who has always gone to conventions and collected memorabilia. I think my Tairens are darn cute and people should come buy them! [Laughs] I host the Tairen’s Lair and Author’s Lair. I started getting the booth and sharing it with other authors so they can be represented at the con and still do their speaking engagements. It works out great.

I first shared a booth with a group of authors from Georgia Romance Writers. They moved on to more mainstream contemporary books, but I enjoyed the booth and got other authors to join me. We have some core members who come every year and some who change out from year to year.

Any writer who’s interested in joining me can drop me an email. We do jury the books, and we do have a waitlist.

DD: Are you going to develop similar products for your weathermages?

CLW: Yes. There’s nothing similar to cute, cuddly Tairens, but I’ll see what I can come up with.

DD: What do you enjoy most about attending conventions, and what do you find most challenging?

CLW: What I enjoy most is meeting new people. I am a weird, introverted, extroverted introvert. You know how some people walk into a room full of people they don’t know and become a wallflower? At any event that’s not book-related, that’s me. If I can go and talk books to people, as a writer who sits at home alone and writes books all the time, it’s nice to talk to someone who’s not the UPS guy.

I love going to panels, too, and listening to people talk, especially if the panel is writers talking about writing. I like to hear other people’s take on it.

Cons can be tiring because of the need to be on, but good cons also generate energy. The hardest thing is not being able to do everything I want to do because there’s just no way. Especially at a con as large as this, with so many tracks.

DD: Do you have any suggestions for writers who are tackling epic series?

CLW: Plan. Because for an epic series, you can’t be a pantser flying into the mist. You have to plan at least the skeletal structure. You can change it, but you have to know where you’re going. Make copious notes, make your own encyclopedia, and refer to it frequently.

DD: Thanks very much for your time.