The 2016 Dragon Con Blood Drive will be held in the Galleria Level of the Hilton. This year, service provider LifeSouth will be holding daily giveaways and a chance to win passes to Dragon Con 2017. 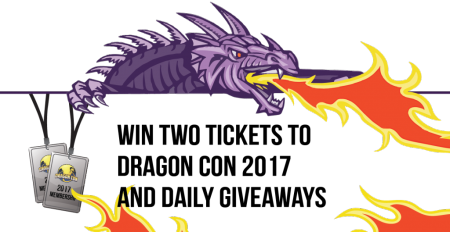 To participate, follow any of LifeSouth’s social media accounts and share blood drive photos by tagging them #lifesouth. Daily winners will receive a prize from a Dragon Con vendor, and every participating post will have a chance to win passes to Dragon Con 2017. Anyone who donates and shares a post from Dragon Con is entered into the daily giveaway and contest. Donors must be following at least one LifeSouth social media account to be considered. Daily giveaways will run from September 1– 4. The winner of the passes will be announced on Monday, September 5. Winners will be announced daily on LifeSouth’s Facebook, Instagram, and Twitter accounts. Complete details are available on the LifeSouth website.

Dragon Con is a major donation venue for LifeSouth, which serves more than 40 hospitals in the Atlanta area and more than 110 hospitals in Florida, Georgia, and Alabama. In 2015, the drive welcomed 3,171 donors and collected 2,678 units, assisted by a crew of more than 60 people from all three states who descended on Atlanta to handle the flood of donors in costume. Donors must be at least 17 years of age (or 16 with parental consent), weigh a minimum of 110 pounds, and be in good health. A photo ID is required.

The Blood Drive is also still looking for volunteers! Come help feed and water our donors after they give. To sign up, click here.