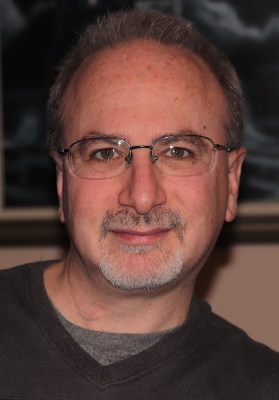 Stuart Jaffe, a northern transplant to the Carolinas, draws on his experience and his surroundings to create his different fantasy series. They range from a contemporary series featuring a ghost detective to post-apocalyptic adventures. The Daily Dragon sat down with Jaffe to get the story behind the books.

Daily Dragon (DD): Who is Max Porter, and how did you come to write his series?

Stuart Jaffe (SJ): Max is a guy who moves to Winston-Salem, NC from the north with his wife and discovers his office is haunted by the ghost of a 1940s detective. So they all start a detective agency together. I take real history of the area and mix it with witches, ghosts, curses, and magic. Not surprisingly, I am a guy who moved to Winston-Salem, NC, from the north with my wife and discovered a rich and mysterious history of the area. Being a writer, that all became fodder for the series.

DD: Why did you decide to make Marshall Drummond, a supporting character for Max Porter, a lead character in his own series?

SJ: Because I can’t write Max Porter novels fast enough to satisfy readers. Well, that’s only part of it. Drummond is a fan favorite character and I had been thinking it would be fun to write some short stories featuring him back when he was alive. An anthology opportunity came up at that time, so I wrote “The Butcher’s Wife,” which turned into Drummond’s first case file. Once I started, I loved writing these short stories and novellas, and readers dug it, too. So, I keep doing them. They also quell the readers until I can get a full Max Porter novel done.

DD: What draws you to detective stories?

SJ: Captain Picard talked about this once and I think he’s right. There’s something in humans that draws us to mysteries. We have to know the answers.

DD: Where did you get the inspiration for The Bluesman?

SJ: I taught myself to play guitar through my love of blues music. I’ve played for over 30 years and still gig regularly with my band, The Bootleggers. Mixing two of my passions seemed like a no-brainer to me.

DD: You write several other series. What do they have in common, and how are they different?

In common–they all deal with the concept of family. What defines it? How do we treat each other differently from those we consider not our family? That kind of thing. As for differences– Max is mystery, Nathan K is John Wick action-packed, Parallel Society is playful adventure, Malja is post-apocalyptic fantasy. Basically, each series allows me to stay fresh, excited, and lets my imagination soar into different avenues.

DD: What inspired you to write in the young adult genre with Gillian Boone?

SJ: I didn’t set out to write a YA book. And in many ways, it’s not. It just happens that Gillian is a teenager and that made it YA. Like all my other series, this was just another direction to explore and create.

DD: Why did you choose a post-apocalyptic setting for The Malja Chronicles?

SJ: I’ve always been drawn to the freedom of a post-apocalyptic world. When all the rules we live by are destroyed, what’s left? Of course, in reality, I much prefer running water, electricity, and such, but there is an odd draw of the ability to remake our societies fresh.

DD: What draws you to fantasy as a genre?

I grew up in the 70s and 80s. Star Wars, Heavy Metal (the magazine), Conan the Barbarian, Thundarr, and on and on. All these things fed into my brain to say that the sci-fi and fantasy genres could go as far as we wanted. I like that.

DD: How did you become involved the podcast The Eclectic Review, and what topics does it cover?

SJ: When podcasting first started out, I thought it would be a fun hobby. Also, at the time, my son was a toddler. So, my wife and I created the show to guarantee that at least once a week, we have the chance to talk about something other than diapers and such. The podcast ran for 6 years and just shy of 400 episodes. It was a half-hour with the first half being any topic–usually science or art based–and the second half being reviews of books and movies. As my writing career grew, I had less and less time to devote to the show, which in the end is why we stopped. However, we’ve had several conversations about starting a new podcast. So maybe…

DD: What advice would you give to writers just starting out?

Take the time to learn your craft. Not that we ever stop learning, but too many new writers are cluttering their brains with tons of business questions — traditional pub vs indie pub, Kindle Digital Publishing, Select vs wide, blah blah blah — none of which matter until you actually can write a book that people want to read. Learn to write first. Then learn the business. It’ll go a lot smoother for you.

SJ: I’m finishing up Max Porter #12, Southern Souls, and then it’s on to Nathan K #9. If there’s still time in 2019, I’ll try to write another Parallel Society novel, too.

DD: For more information about Stuart Jaffe and his work, visit his social media sites:

DD: Facebook — https://www.facebook.com/AuthorStuartJaffe
Newsletter (you get 2 free novels and some short stories for signing up!) — https://www.subscribepage.com/MaxStarter