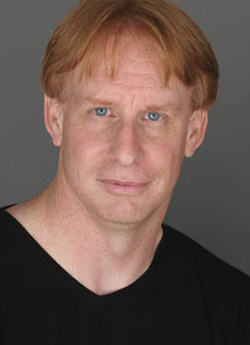 Scientist, film and TV science advisor, and author Dr. Kevin R. Grazier twisted science into writing with the skill of an expert mixologist at the final guest lecture presented at Jody Lynn Nye’s Writer’s Workshop Friday afternoon. Grazier’s Hollyweird books (Hollyweird Science: From Quantum Quirks to the Multiverse, which he wrote with Stephen Cass; he is working with a neuro-pharmacologist on the next volume) emphasize getting science right but also how to break the rules.

He provided anecdotes from his years as a Hollywood science advisor, including work on the movie Gravity. Grazier urged taking advantage of “teachable moments” that afford the opportunity to talk about science even though film and television does not always depict science correctly. He cited the series The Big Bang Theory as providing positive recognizable characters that might encourage science study by both men and women. Referring to the show’s characters, he said, “I know all those guys.”

Stressing that while stories may not adhere to strict rules to our universe, you must adhere to the rules established for your universe, remaining consistent to the made-up [stuff]. Grazier used fantasy examples to illustrate his point and said that films based on His Dark Materials (Philip Pullman) and the Harry Potter series (J. K. Rowling) did not follow known science but stuck to their own world’s established rules.

Drawing on series that he had worked on, Grazier explained that different shows required different jobs of their Science Advisor. Beginning with Battlestar Galactica (BSG), he said that world was grounded in the known so that people were willing to leap into the unknown. Breaking this “implied bargain” could cause the infamous “oh, please” moment when unbelievable science is scorned and rejected. But while BSG dealt primarily with real science that is already known, Eureka dealt with science as it may be understood 30 to 50 years in the future. Lastly, the animated series aimed at children (providing more of those teachable moments), The Zula Patrol, did not play with science and did not allow for creative license.