Sunday at 3PM on the Dragon Con Fan Tracks channel, Kim Steadman and Sarah Milkovich from JPL gave viewers an in-depth presentation, complete with slides and video, of the Mars Perseverance Rover and its mission—to search for signs of life. Mars is cold, dry, and barren, yet long ago, there was water on Mars. In fact, its climate may have been similar to ancient Earth. Mars went from warm and wet to barren and dry not long after the first microbes appeared on Earth, so it’s possible life also formed on Mars before its climate changed. Since scientists can detect microbial signatures in rocks on Earth, like the stromatolites found in Western Australia, they hope to do the same on Mars.

The Perseverance Rover was designed with this task in mind, equipped with everything from Sherloc (an ultraviolet spectrometer) and Watson (a special camera) to PIXL (an X-ray spectrometer). There’s even an experimental converter called MOXIE that will produce oxygen from CO3 for use by future astronauts. The Rover also has redesigned tires built to withstand rocky terrain, 23 cameras, a mini helicopter, and two microphones. If all goes well, we’ll be able to hear sounds on Mars for the first time.

Currently on its way after a perfect launch on July 30th, Perseverance will complete its journey on February 18, 2021, and will be able to reposition itself via a powered descent after its parachute detaches to be sure it lands safely. This way, scientists were able to choose the much rockier area of Jezero Crater, which lies on the edge of an impact crater basin thought to be 3.9 million years old. This interesting spot bisects a dry riverbed and a contains a river delta, which scientists expect to be a prime spot to look for signs of ancient life. Samples will be cached in a few spots on Mars for later retrieval.

Scientists learned an incredible amount by the samples brought back from the moon, and they hope to do the same with Mars. A second mission will be needed to collect the cached samples and launch them into orbit around Mars. The third mission will be to come and retrieve the samples from orbit. NASA is working with the European Space Agency to plan and accomplish these missions.

When the rover was named, no one realized how apt its name would turn out to be. Perseverance carries a commemorative plaque to honor healthcare workers, who have embodied perseverance during this pandemic. 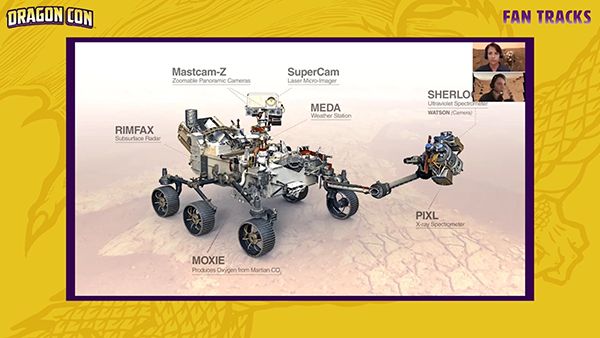 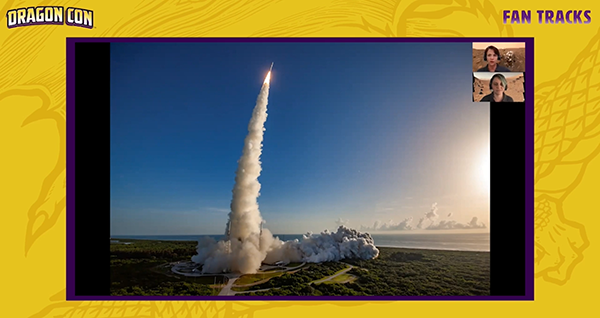 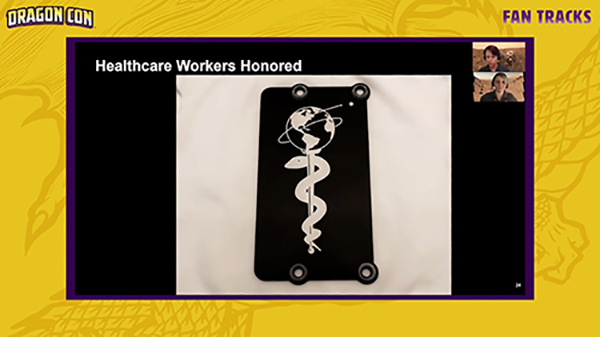 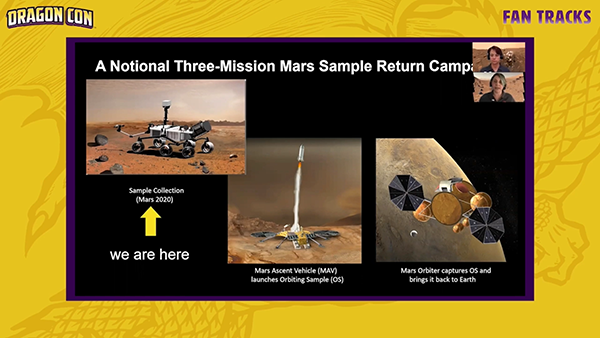