Famous for his role as Draco Malfoy in the Harry Potter movies, Tom Felton captivated the audience the moment he stepped onto the stage and admitted being nervous.   “There’s so many people,” he said with a smile.  “Be gentle, please.”   Felton was witty and sweet, taking the time to thank each fan who asked him a question.  With his dark… END_OF_DOCUMENT_TOKEN_TO_BE_REPLACED

Want to belong to an international organization dedicated to protecting and promoting Tom Felton (Draco Malfoy)?  Join Feltbeat’s Army, a fan group started by Misha in Illinois.  According to members, this is the only fan group officially endorsed by Felton. What will your duties be?  Well, besides the requisite adoration, you’ll actively support Felton’s career.  For instance, when he mentioned… END_OF_DOCUMENT_TOKEN_TO_BE_REPLACED 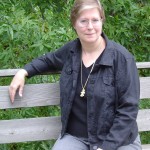 Award-winning author Lois McMaster Bujold is equally adept at science fiction and fantasy, with works ranging from her Vorkosigan saga to her Chalion books and her recent Sharing Knife tetrology.  Winner of five Hugo and three Nebula awards, Ms. Bujold is one of the few authors to have won both awards simultaneously.  And she has accomplished this feat twice—first for… END_OF_DOCUMENT_TOKEN_TO_BE_REPLACED 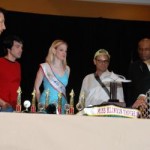 The Miss Klingon Empire Beauty Pageant celebrated its 10th anniversary this year at Dragon*Con. Backstage, contestants snarled over last-minute costume adjustments and fought for the few available safety pins supplied by the human lackeys who scurried to obey their commands. The 2007 Miss Klingon Empire, when asked by the Daily Dragon how she felt about relinquishing her title, growled, “I’ll… END_OF_DOCUMENT_TOKEN_TO_BE_REPLACED 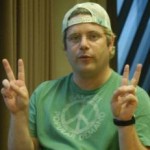 Sean Astin, best known to con-goers for his role as Samwise Gamgee in The Lord of the Rings, is attending his first Dragon*Con. He agreed to sit down for a chat with the Daily Dragon. Before we began, Sean said with a wide smile, “I love Dragon*Con. I LOVE Dragon*Con!” 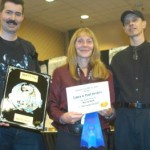 The 501st Legion, Vader’s Fist, began right here at Dragon*Con in 1998.  A popular part of the annual Dragon*Con Parade, the Star Wars fan group, begun by founder Albin Johnson, now has over 4,000 members in 40 countries.   That’s a lot of white armor.   But the Legion consists of far more than just stormtrooper clones. 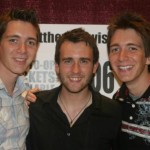 Matthew Lewis (Neville Longbottom) and James and Oliver Phelps (Fred and George Weasley), the busy stars of the Harry Potter movies, kindly agreed to adjust their schedules to answer a few questions for the Daily Dragon.