Georgia Aquarium is the biggest in the world for volume of water and numbers of fish and animals, with 8 million gallons of water, compared to the next biggest aquarium which has “only” 1 million! And on Saturday night from 7:30 to 11PM, Dragon*Con-goers will have exclusive access to this record-breaking attraction.

You’ll come in through the main entrance as usual, and all the main aquarium exhibits will be open. The main tracks will be Georgia Explorer, showcasing Georgia’s local sea life; River Scout, with freshwater fish and animals like alligators and piranhas; Coldwater Quest, including arctic animals; Ocean Voyager, the world’s largest aquatic exhibit; and the colorful and varied Tropical Diver.

If you book tickets in advance you’ll only have to pay $17, and a representative from the aquarium will be selling tickets for $20 at Dragon*Con’s registration desk on Thu PM and Fri. Make sure you buy yours early, as they will be snapped up quickly. Timed ticketing will be in place to make sure the aquarium doesn’t get overcrowded. The 7:30 entry time is already sold out, but there are tickets still available for 8PM and 8:30PM.

Sadly backstage tours won’t be available that evening, but guests will have the opportunity to buy tickets for the Titanic exhibit, which will be open until 10PM. It seems that the team from SyFy’s Ghosthunters were recently at the aquarium filming a paranormal investigation in the Titanic exhibit. There are some crazy spooky things in there!

Tickets cost $8 and it takes about 45 minutes to walk through the exhibit. They usually operate staggered entrances to prevent overcrowding, but that evening it should be possible to buy a ticket and go right in. This is one of the last times you’ll be able to see Titanic, as the aquarium has just announced the world debut of Planet Shark, which will replace the Titanic exhibit after Labor Day weekend. Planet Shark will ask “Is It Predator or Prey?” and let visitors decide whether humans are hurting the species featured in the exhibit, or whether the animals might actually be hurting us.

The aquarium has the only four whale sharks outside Asia, and they offer visitors the opportunity to swim with them. If you’re dive-certified, there is also a diving program. These programs won’t be available on the Dragon*Con night as they are in great demand, but book a week or so in advance and you could spend an afternoon swimming with the fishes! They provide all the necessary training and all equipment except bathing suits, so there’s no need to bring your own diving gear, though it is recommended that you bring evidence of any diving certification.

Georgia Aquarium is proud to have rare living coral in their exhibit, and there are lots of new animals this year, including the world’s largest collection of hammerhead sharks. Not to mention that in the cold-water exhibit, there are six brand new wolf eels, which are known as “gruesomely attractive”! Let’s just say they’re pretty creepy.

Since last year’s Dragon*Con, the aquarium has acquired Nandi, the huge manta ray from Ushaka aquarium in South Africa, a great example of their commitment to the conservation of natural habitats and education about aquatic life. Nandi was rescued after she got caught in shark nets and was flown to Georgia by UPS when she outgrew her habitat. Georgia Aquarium is also proud of its sea turtle rescue and rehabilitation program, especially important as the aquarium is a nonprofit organization thankful for their many volunteers.

On Thursday a mysterious new acquisition will be announced—rumor has it that it is a very large animal, and one of only two of its kind in the United States!

Georgia Aquarium is supported by 2,000 volunteers, without whom the aquarium couldn’t function at such a high level as it does. New volunteers are always welcome (application forms are available at Georgia Aquarium’s website), and there are hundreds of training programs available. Volunteers often learn about the animals and answer visitors’ questions, but volunteering opportunities are available in all areas of the aquarium, from internships in veterinary services and behind-the-scenes positions to volunteer diving instruction, administrative and commissary positions, and ticket sales. Volunteers commit to a certain number of hours per month or per year, and in return they get perks such as tickets for themselves and their family members, and annual passes.

The soundtracks that will be playing will be provided by horror and science fiction soundtrack producers Midnight Syndicate, who will also have a booth at Dragon*Con. The big screen in the entrance atrium will be playing highlights from last year’s Dragon*Con DVD, all in the atmosphere created by low-level lighting in a Dragon*Con color scheme.

The food court and bars will all be open, and there will be Dragon*Con-themed drinks like Jedi Juice, Vulcan Mind Meld, and Klingon Blood Wine at only $6 each, and both cash and credit are accepted. The bars will also have dry ice flowing to give that truly mad scientist’s laboratory feeling! The full food court will be open, serving the standard menus, and vegetarians and visitors with other dietary requirements are catered for. The main options are the grill, pizza, and the deli.

Complimentary wheelchairs will be available at the information desk next to the Georgia Explorer, with no need to pre-book; a driver’s license may be taken as security and returned when wheelchairs are brought back. For visitors with small children, the Deepo attraction will be open for the first hour.

Aquarium staff and event organizers hope to see as many Dragon*Con-goers as possible in costume and having a great time. Visit www.georgiaaquarium.org/dragoncon for more information about Dragon*Con’s Night at the Aquarium. 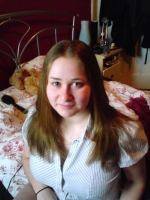