Chances are good that you will see plenty of cosplayers amidst the colorful masses at Dragon*Con every year. Cosplay, the Japanese art of costume play known as ko-su-pu-re according to cosplaycloset.com, is a popular worldwide costuming trend.

If you run into this amazing Dazzler at Dragon*Con, you’ve just had an encounter with Comicbookgirl19, a deep South transplant to sunny Southern California.  We’d call her one of the GRITS (Girls Raised in the South), but she’d find us when she returns to Dragon*Con as Robocop next year, and Robocop is one dude you don’t want to mess with. 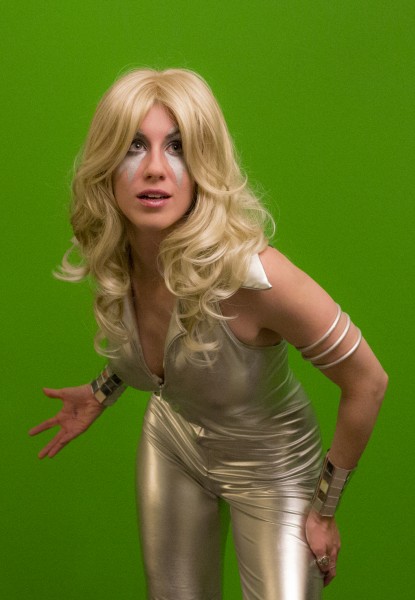 “Why Dragon*Con?” we asked.

“I am really excited to be a part of Dragon*Con this year because I am originally from the South. I love supporting such a great Southern convention. Dragon*Con is like five cons in one; it’s got comics, horror, fantasy, sci-fi, and anime! I love all these things, so this is the con for me. Plus I can visit friends and family while I’m here and kill two birds with one cross-country flight!”

“But there are so many great cons in California—really, really huge cons, too,” we countered.

Comicbookgirl19 was quick to respond.  “Personally, I’d much rather come to Dragon*Con than the San Diego Comic-Con, because Dragon*Con is less Hollywood. I don’t have to worry about seeing things like Glee and American Idol here. Those things are fine, but they have no business at this type of convention, in my humble opinion. Dragon*Con For The Win!”

We both thought Comicbookgirl19 makes a great Dazzler, and we’re surprised to learn that her heart is set on cosplaying Robocop.  We asked why, when she’s already an exciting and sexy Dazzler? 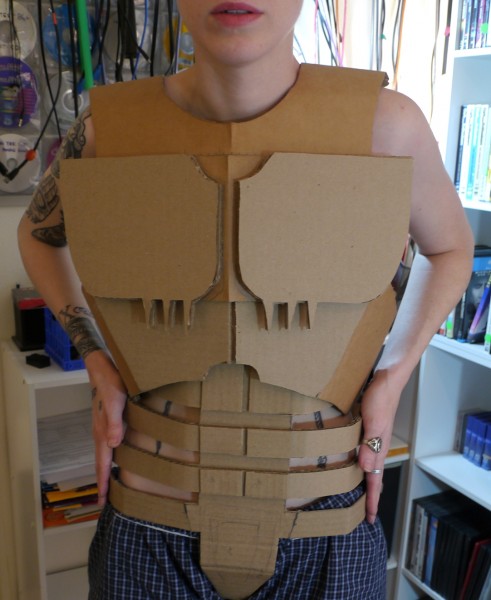 “I have three reasons why I chose to do Robocop.”

“1. I think I make a better Robocop than most guys because I have a small frame. One of the reasons Peter Weller was cast as Murphy is that he has a very slim frame in addition to being a great actor, so when he put the bulky suit on, he didn’t look ridiculous. Google Robocop cosplay if you can’t picture what I’m saying; most dudes are big already, so when they put on the suit, they look like the Michelin Man. I don’t have that problem because I’m not very big around and that definitely works to my advantage.” 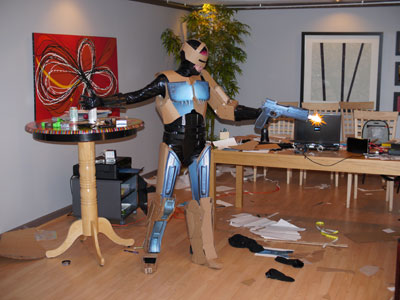 “2. To me, sexy female versions of characters are lame and played out…it’s like, we get it, you have boobs. It’s a symptom of the ever popular Slut-O-Ween costume, which bothers me a lot. I am not saying girls shouldn’t dress up sexy if they want, but they could at least choose a female character who is already sexy, which are definitely in abundance. For example, I also cosplay as Dazzler from the X-Men; her costume is very sexy and includes lots of curves …it’s ultra-feminine. Being Robocop is me rejecting the notion that I am expected to do a female version instead of just being the character because I am a girl. I love to challenge gender roles and fully embrace both my femininity and masculinity, which I feel gives me an edge in life.” 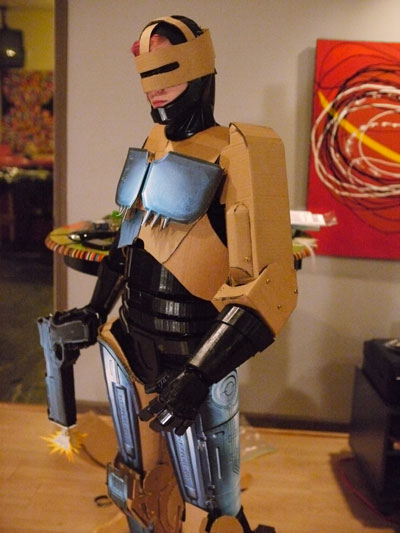