On Saturday at 10AM, most of the Dragon*Con attendees were outside along the parade route to see all of the spectacular costumes and floats, and this year was particularly amazing. From anime to zombies and from the playfulness of fairies to the darkness of Netherworld, there were costumes to suit every taste in fandom, including storm troopers, knights, trekkers, dragons, and monsters.

Some costumes were so elaborate they were eerily lifelike, making the parade even more enjoyable. One of the highlights for me was the man who rode an extremely tall unicycle while simultaneously juggling two pins and a knife. 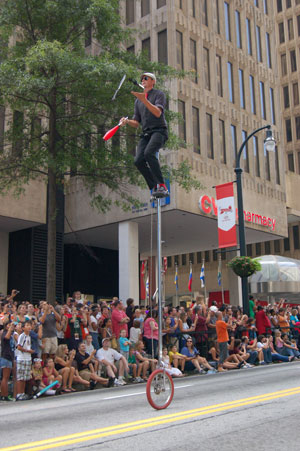 For the spectators, the mood was jovial but somewhat taxing as they jockeyed for position along the parade route. Everyone wanted the best spot to watch the parade, some seeking high ground, others pushing to the front. Although I arrived at the last minute, I was still able to see the entire parade. It’s great to be tall. 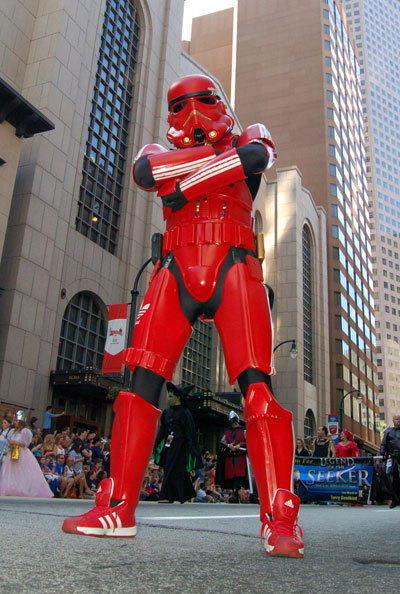 The parade lasted about an hour and a half and not one minute of it was disappointing. As the crowds dispersed, the people brought their exuberance and enthusiasm into the various con hotels, adding an extra level of wow-factor to the day’s events. 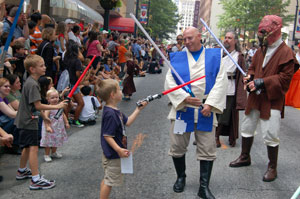 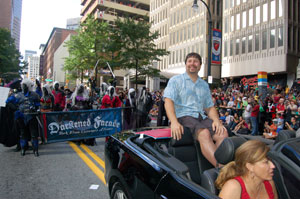 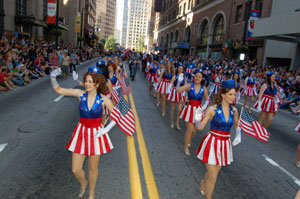 Joe Church returns for his second Dragon Con this year. With interests from art to science and everything in between, he hopes to contribute some cool articles to the Daily Dragon.