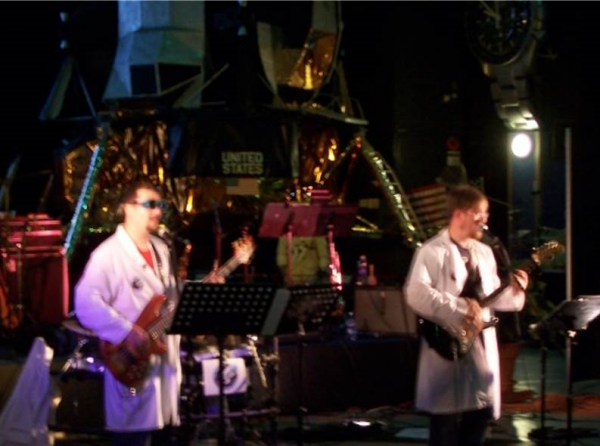 Foot Pound Force will perform, in concert, at the Dragon Con Filk Track on Sunday at 11:30PM, Baker (Hy).

The band was introduced at last year’s convention on Open Filk. Prior to their concert at Dragon Con, Foot Pound Force performed at the 2010 Huntsville Yuri’s Night Celebration, the 2011 International Space Development Conference, and the 2011 and 2012 PhreakNIC cons in the Nashville area.