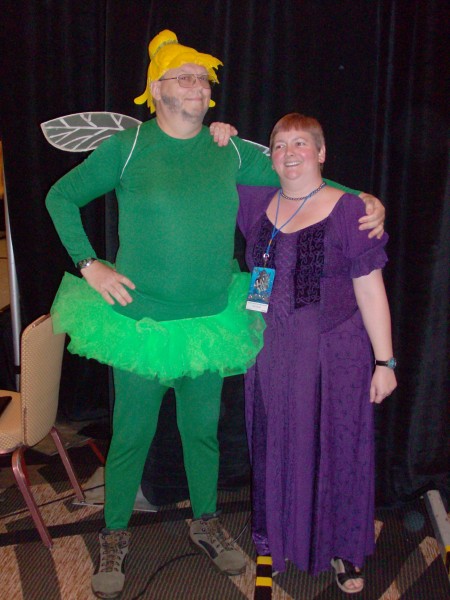 The Atlanta Radio Theatre Company (ARTC) charmed fans Friday evening with the debut of In Need of a Bard, a whimsical, trans-dimensional, musical, fantasy epic cleverly disguised as a radio play. Sacha Dzuba excelled in triple duties as Brad the Bard, playing the guitar and singing as well as acting. Fiona K. Leonard acted and sang as Nocturne the Protector. Daniel Taylor (“Old Brad”) and Cathleen Young (“Solvi”) provided the frame for the piece. Daniel W. Kiernan (“Glorinda”) and Khayman Bliss (“Alvise the Miraclemonger)” competed to steal the limelight from the other voiced characters with their delightfully frenetic portrayals. For more information on the actors and voices also heard during the standing-ovation performance, consult the online playbill of ARTC performances.

In Need of a Bard playwright Kelley S. Ceccato is no stranger to Dragon Con. Last year, ARTC performed her play The Wood-Bound Werewolfat the convention. Ceccato has also written a novel Atterwald forthcoming from Gilded Dragonfly Press. Ceccato describes her novel as “Beauty and the Beast meets The Secret Garden with shapeshifters.” 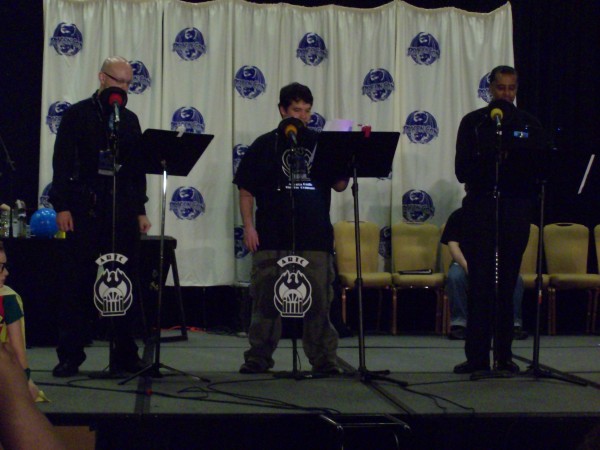 ARTC will also appear on Tolkien’s Middle-Earth (TOLK) track with its track-traditional, dramatic voiced performance of Tolkien’s “The Scouring of the Shire” on Mon 1PM, L401-L403 (M).

Visit the Atlanta Radio Theatre Company at ARTC and listen to many of their productions at ARTC Podcast.