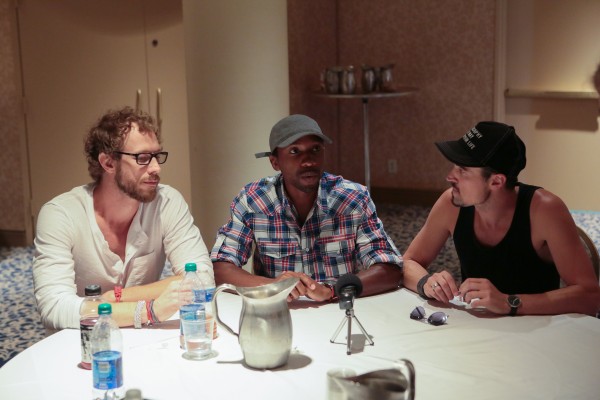 The Lost Girl panel with Kris Holden-Ried, Paul Amos, and K.C. Collins was absolutely hysterical. From picking on each other to acting out being attacked by a dragon (in the form of two pieces of tape), the hour was non-stop laughs.

The best scenes to shoot, for Holden-Ried, were the ones in first season. “I was still a good actor back then,” he said. Collins really enjoys the emotional scenes, even if they are few and far between. For Amos, all of his scenes as Vex are fun.

Hale fans rejoice. Collins said last season he had a scheduling issue, but the new season will have more Hale in it. Vex will be also be back and with a costume that “can’t be topped,” Amos said.

As for next season, take “everything you know about Lost Girl, turn it on its head…. the first episode is off the charts,” according to Amos.