Kevin J. Anderson, Jim Butcher, and D. B. Jackson, who also writes as David B. Coe, shared their authorial wit and writing tips with fans and aspiring writers on the “Mighty Men of Fantasy” panel on Saturday at 11:30AM in the Hyatt Regency Ballroom VI-VII.  In keeping with the panel’s title, Anderson and Butcher wore sleeveless T-shirts that showcased their muscular arms. They suggested that Jackson remove his shirt in a show of solidarity, but he laughingly declined.

Moderator Nancy Knight began the Q&A session by asking the panelists to talk about their first sale and how they heard the news.  Anderson got a call from his agent on his answering machine—the old tape kind.  He was working in an office building as a technical writer, and after he played the message, he ran down the halls, telling his coworkers the news.  Certain that he’d be famous someday, he decided to go back to his office and save the tape.  Unfortunately, another caller had already taped a message over it.  Although Anderson was destined to become a bestseller, his first book didn’t even earn its advance. 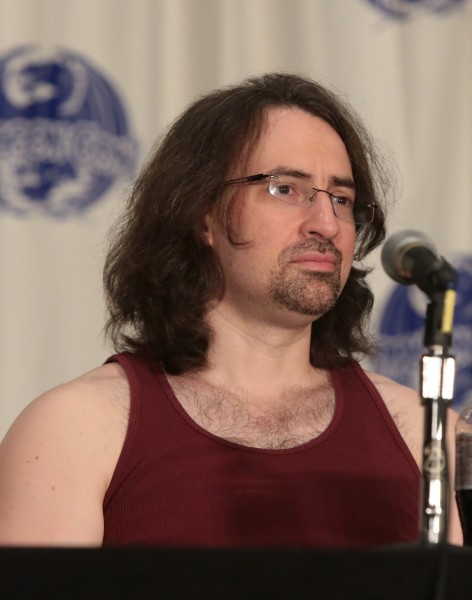 Jim Butcher had written six books before he sold one—Storm Front, the first book in his The Dresden Files series.  By that time, he had already written two more books in the series.  The editor made a deal for all three.  His first book did manage to earn more than his advance, but Butcher remembers doing signings and readings where no one showed up.

In Jackson’s case, the call for his first sale at Tor Books came the day after an offer to teach at Colorado State.  He had one weekend to decide between the two and chose to become an author rather than a professor.  When Anderson asked him why he didn’t do both, Jackson said that he would have had to spend too much time writing his thesis.

When asked about their favorite character that they’ve killed off, Anderson chose Chairman Basil Wenceslas from his Saga of Seven Suns series. Wenceslas has the best of reasons to be a dictator, even if he has to run over people to make it work.  Anderson was happy when he finally stuck a knife in Basil’s back.

Butcher admitted, “I love to kill characters.  I’m not evil. I just give them what they’ve got coming.” His favorite death scene to write was the demise of Gaius Sextus.  “When you go down taking the entire army with you and several miles of countryside in the process,” Butcher said, “okay—you’ve done your job.”  But his favorite characters of all are often the wacky characters such as Toot and Bob the Skull because they’re so much fun to write and can be so off the wall.

For Jackson, the hardest character to kill was an assassin who had done horrible things but was ready to quit the profession and settle down.  Jackson was surprised when tears streamed down his face as he wrote the scene.  “It’s a weird thing,” he said, “especially when your kid walks in.” 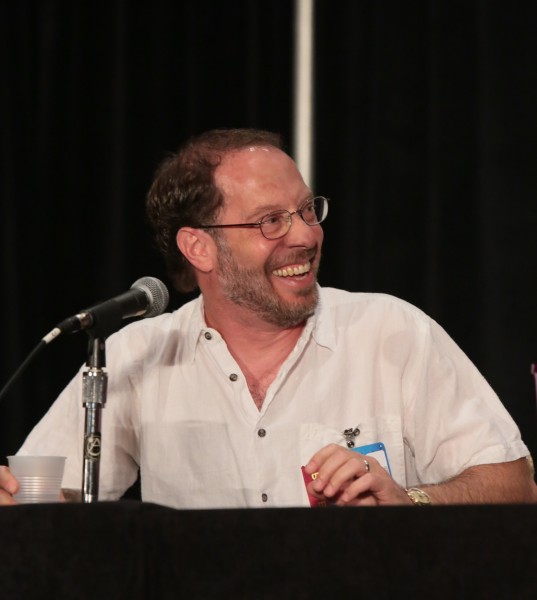 All three writers agreed that writing every day is an important part of their writing process.  Since Anderson works on several projects at a time, he outlines carefully and then dictates his stories while walking the trails rather than typing on a computer.  “Cons,” he said, “are my dip into reality every once in a while.”  After the laughter subsided, Butcher ignited it again when he said, “This is your reality?”  He paused until the inevitable laughter subsided, and then added, “When you look at writers, basically, we somehow manage to con you all into paying us to write down the conversations we have between our imaginary friends.”   It’s not hard to see where Butcher’s character, Harry Dresden, gets his sense of humor.

Butcher’s writing process involves a routine of breakfast, dog-walking, the couch, the gym, and video games.  And that’s the warm-up.  Then he feels it’s time to get some work done.  His record turnout is 2,700 words in an hour, but sometimes he only manages 500 words an hour when he’s slogging away and has to put his nose to the grindstone. He sends each chapter to his beta readers as soon as he completes each one, so he can see their reactions as he writes.  In effect, it’s like giving a live performance.

Jackson participates in a group blog, magicalwords.net, which gives advice for aspiring writers.  His advice?  There’s no right way, but you have to write.  Writer’s block is just writing.  It’s hard work, so train your muse.  Butcher promptly shot in, “I don’t have a muse, I have a mortgage.” 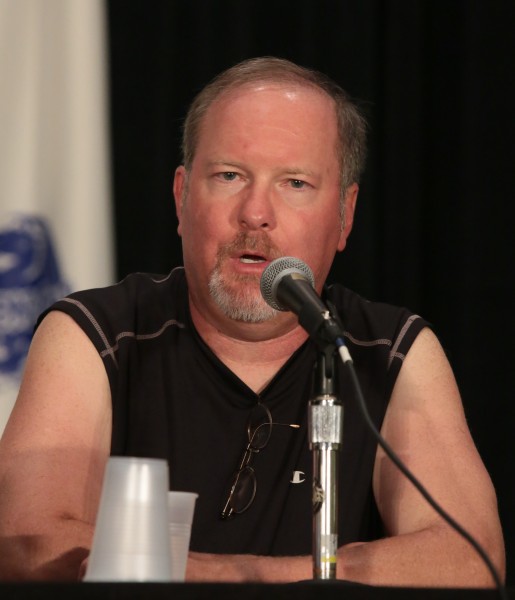 Their biggest challenge?  For Anderson, it’s Life—all the inevitable distractions.  For Butcher, it’s trying to keep track of everything that’s happened in his series.  “I thank God for fan wikipedias,” he said.  For Jackson, it’s the business end of being a writer and, as a midlist author, having to deal with the business aspects of promoting his work.  Jackson also gave a humorous nod to how prolific an author Anderson is when he said, “[He’s] written 6,000 books.  I feel as if I’ve spent my entire career sitting on my couch in my bathrobe, eating Ready Whip from a can.”

When asked to give one piece of advice to aspiring writers, Jackson said, “Love what you do, and love the story you’re telling.”  Butcher’s favorite piece of advice came from Roger Zelazny, who told him, “Write every day. Even if you’ve only written one word, you’re one word closer to the end of the book than you were at the beginning of the day.” Anderson said, “Writing means actually writing, creating things, putting words down.  Do it every day.  You’ll get better.”  So what are you waiting for?  Go write!