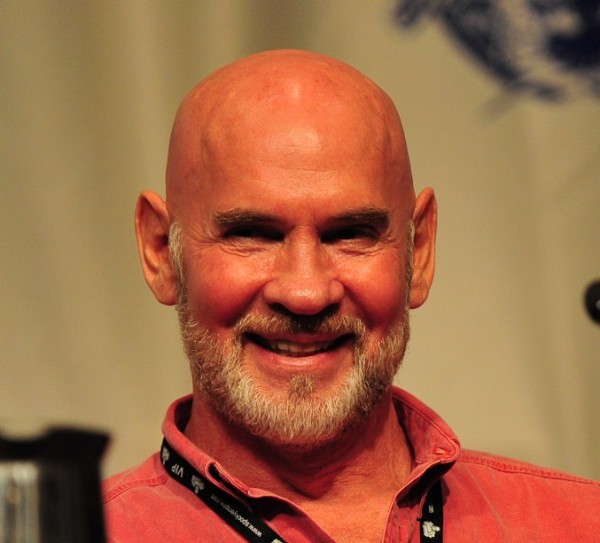 Mitch Pileggi is at Dragon Con for the first time this year. With his signature charm and geniality, the actor graced the stage in the Centennial I room of the Hyatt Saturday at 2:30 for the X-Track.

Pileggi was asked how he earned the part of Walter Skinner. After two auditions for other roles on the show, Pileggi’s agent talked him into going for a third interview. He arrived “with a surly attitude.” After the read, he asked Chris Carter, “Anything different?”

“Are you sure?” With a smile, Pileggi added, “I can be directed.”

Pileggi went on to insist he was glad he didn’t land the first two roles on The X-Files. He was “grateful for the opportunity” to play Skinner.

When asked about working on genre shows like The X-Files, Stargate and Supernatural, Pileggi said, “I’m a fan of the genre. It’s fulfilling and cool” to play these characters. “I’ve always been an SF fan, reading everything by Robert A. Heinlein. I’m a big fan of Fantasy as well.” He also spoke of his love for shows like The Outer Limits and The Twilight Zone.

When asked how the character of Skinner transformed from skeptic to confidante, Pileggi spoke of how Skinner had a paranormal experience as a marine in Vietnam in the episode “One Breath.” Skinner spent much of the series working to accept his past and his exposure to Mulder helped him to believe. He also explained his patience with Scully stemmed from his “crush on her.”

When asked about his favorite episode, he immediately replied, “Home” and noted that he tended to prefer the “sickest” episodes.

Pileggi recounted a story of an interview he was giving at the premiere for the first movie, The X Files (Fight the Future). Just past his wife, Pileggi caught sight of David Boreanaz. With enthusiasm, he said to his wife, “Honey, it’s Angel!”

When asked about his work on Stargate: Atlantis as Colonel Steven Caldwell, Pileggi said, “I was like a poor man’s Captain Kirk. I got to sit on my chair on my bridge and shoot at stuff. I had a really good time.”

Pileggi attended the University of Texas in Austin and when he began his career, he had been an extra on the original (1978) Dallas, so playing Harris Ryland on the new version felt like coming full circle. “I’m having so much fun with Dallas,” he said.

When asked about his work on Supernatural, Pileggi recounted the scene when his character (Samuel Campbell) is possessed by the yellow-eyed demon. “I had a ball with that,” he said. Pileggi also spoke of his experiences with leads Jared Padalecki and Jensen Ackles and how some young actors can get caught up in the craziness associated with fame and fortune. But Padalecki and Ackles are “both Texas boys with Texas sensibilities” and Pileggi was proud that they had kept their heads together.

Overall, Pileggi was really enjoying his first Dragon Con, the people, and the atmosphere. When asked to contemplate what sort of costume he might wear (theoretically) at Dragon Con, he first said, “I don’t know. I’ve seen some crazy cool” costumes. Then he spoke of his love for Halloween and he might go crazy with some creepy scars. He also joked that someone last night said he had a “great Skinner outfit.”