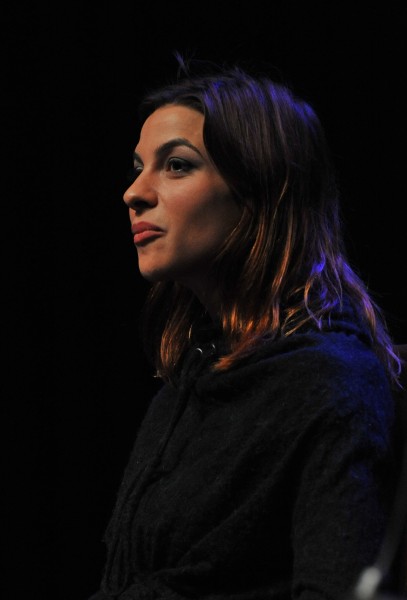 Sunday morning at 11:30 in the Marriott Atrium Ballroom, James Cosmo and Natalia Tena from HBO’s Game of Thrones [based on George R.R. Martin’s Song of Ice and Fire series] appeared on the “GoT: Winter is Coming” panel.

Both were asked what they thought of Dragon Con now that they had been at the convention for three days. “It’s really intense. I love all the costumes,” said Tena. “The management is terrific,” said Cosmo.

The actors discussed the importance of the sets and costumes for helping to bring their characters to life. My full costume weighs “about fifty or sixty pounds,” said Cosmo. “When I was about to get on my horse, he looked really unhappy.” Tena explained how she was sent for training in Belfast to learn how to skin animals. But when it came time for her to skin (and rip the heads off) forty rabbits for take after take, she began to feel uncomfortable. And with the wrappings she had to wear on her hands for her costume, she couldn’t wash up or even use wipes between takes, making for one difficult day.

Since the show films in so many different locations all over the globe, the actors in the various story lines don’t have the chance to interact with one another between sets. When asked who Cosmo would like to have more scenes with, he said Peter Dinklage (who plays Tyrion Lannister).

The audience showed a fervent enthusiasm for George R.R. Martin’s books. When asked about meeting Martin, Cosmo said, “He’s a delightful guy. Very charming. It’s amazing how he holds all of those worlds in his head.” Tena added, “I hugged him a lot. He’s amazing, always smiling.”

Several times during the Q&A, Cosmo spoke of the “innate dignity” and “integrity” that his character Jeor Mormont possesses. “I wish we had politicians like [Mormont],” said Cosmo, “on both sides of the pond.” 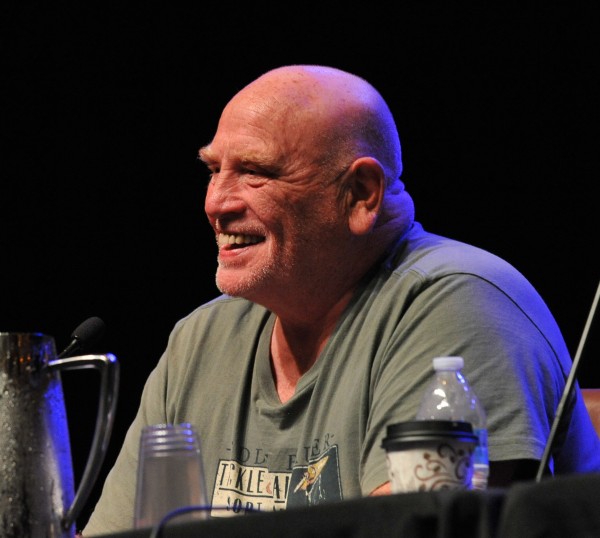 On the subject of Kit Harington who plays Jon Snow on the show, Cosmo said, “I got on really well with him.” Responding to the question, “Is Jon Snow’s hair as perfect off screen as on?” Tena replied, “Yes. It absolutely is!”

Considering all of the politicking for the throne of Westeros in the books and on the show, the audience asked who the actors would like to have win the throne. “Me!” shouted Tena. Cosmo paused and chose Tyrion Lannister.

Both actors spoke of the cold days on the set. Fitting, since all Song of Ice and Fire fans are aware that winter is coming!