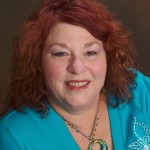 A. C. (Ann) Crispin is the author of 24 novels including best-sellers set in the Star Trek and Star Wars universes.  Well-known for her ability to provide “back story” for famous characters, her most recent novel, Pirates of the Caribbean: The Price of  Freedom, reveals how Jack Sparrow rose to pirate captain and became indebted to Davy Jones.  An advocate for writers, with Victoria Strauss, Ann founded the SFWA-sponsored program Writers Beware. For the last decade, Ann has taught beginning and advanced writers’ seminars at Dragon*Con.

[Note: The deadline to sign up and send in submissions for Ms. Crispin’s writers’ workshops at Dragon*Con this year has been extended until Monday, August 29, at midnight. For more information, see the Workshops page on the Dragon*Con website.]

Daily Dragon (DD):  Ann, you are teaching two advanced writers’ workshops at Dragon*Con this year. Would you give us the straight skinny on the workshops and how an emerging writer might benefit from the topics presented?

A. C. Crispin (ACC): My Thursday workshop will be an eight-hour “Advanced Marketing Workshop.”

During this workshop, I’ll be working with each student on their submissions package, which will consist of a query letter, synopsis, and the first ten pages of their novel.  I’ll be reading each submissions package and providing feedback to the student so they can improve what they’re submitting to agents or editors. Also, during the workshop, students will do hands-on exercises using marketing resources to compile a list of ten literary agents that would be a good match for their submission.  I’ll help students improve their submissions, identifying weaknesses and giving suggestions on how to improve their narrative hook, characterization, plot, setting, and description in the ten-page excerpt.  Time permitting, students will have the opportunity to revise their query letter, and I’ll re-read it.

I’ll also be covering subjects such as:  networking, how to find beta readers, peer review venues, keeping track of submissions, how to interpret rejection letters, submission timetables, exclusives, revising a manuscript in response to agent or editor feedback, and identifying and avoiding writing scams.

In this eight-hour workshop, I’ll discuss character and plot in short stories and novels, focusing on which characters work best with which kinds of plots. I’ll give students insights into how to create characters readers care about, characters that are believable and yet enthralling, while matching each character to a plot that will give the character (and, vicariously, the reader) a life-changing experience.  I’m going to be focusing on pacing and verisimilitude (creating the illusion of reality) as they relate to both characters and plot.

During the second half of the workshop, I’ll personally critique each student’s submission, focusing on how plot and character intersect, integrate and interact in their story.

There are still a few spaces left in each of these workshops.  Due to being away at Renovation (the World S.F. Convention), I’ve decided to extend the deadline for sign up and submissions until Monday, August 29, at midnight.  So there’s still time to sign up and join the fun!  For more information, see the Dragon*Con website, www.dragoncon.org, and click on “Workshops.”

DD:  One of your workshops covers marketing. You are certainly a pro at this, having convinced Paramount (Star Trek),  LucasFilm (Star Wars), and Disney (Pirates of the Caribbean) to allow you to write in their highly regarded fictional universes. Give us a timeline of these feats and tell us how you managed to sell your talents as a writer in shared worlds at different stages of your career.

ACC:  Back in the early 90’s, I spoke with Marc Lenard about the fact that there should be a book about his character, Sarek, giving Sarek’s backstory.  Marc and I discussed the book and his interpretation of the character for over a year, on and off over dinner at various conventions, and then at some point, I pitched the book idea to Pocket Books. They signed me to write it.

Sarek was pretty successful as a hardcover, and that brought me the chance to write The Han Solo Trilogy and Pirates of the Caribbean: The Price of Freedom.  I didn’t have to pitch those books—the publishers contacted my agent to ask if I’d be  available to write them.

I had a lot of fun writing The Han Solo Trilogy, but it took me almost three years to write the books.  Oddly enough, writing the one long book about Jack Sparrow’s backstory was another three-year project!  Still, it was an honor to be chosen to write the prequel to Pirates of the Caribbean.

DD:  What different challenges did you face in writing in the Pirates worldview than from the perspectives of the science fictional worlds you had previously tackled?

ACC: The biggest challenge I faced in writing The Price of Freedom was that the book was, at least in many ways, an historical novel.  Which made it a much “bigger” universe.  Disney instructed me that when it didn’t conflict with established Pirates of the Caribbean “canon,” I was to be as historically and nautically correct and realistic as possible.  Wow.  I have never done so much research!  There was only one scene in the book where I didn’t have to fact-check in order to write it…and that was the scene where Jack Sparrow endeavors to go somewhere on  horseback.  I’ve ridden since I was 12, so that part I didn’t need to research.

DD:  What advice would you give a young fan today wanting to write about a world already created in film or television?

ACC:  Write several books set in your own universe and sell them.  It’s almost impossible these days to “break in” with a tie-in  novel.  Franchise owners want to be sure that a writer can complete a novel, stick to a deadline, etc., before hiring them for a tie-in project.  (Almost all tie-in work is contracted for in advance.)  You can’t just write a novel and submit it, and be confident that it  will be read and considered.  Most likely, this won’t happen.  Also, you’ll need a reputable literary agent to represent you.

DD:  You’ve also written novels of original science fiction and fantasy. What do you view as the future prospects for these genres?  Just where in the multi-verse are they headed?

ACC: I don’t think anyone can predict this with any certainty.  Trends in commercially published fiction come and go.  These days, science fiction novels such as The Hunger Games are becoming popular in YA fiction, which gladdens my heart.  But I’d like to think that plain old SF and fantasy adventures, if well written, will always find a market.

DD:  Dark fantasy and paranormal romance, liberally sprinkled with horror tropes and placed in both traditional and urban settings, are certainly gaining popularity. What opportunities for new writers do you think these genres offer?

ACC: Fantasy still sells well, but paranormal and urban fantasy are indeed selling the best. Frankly, I hope that the vampire craze will run out of steam sometime soon.  I’m tired of vampires, sparkly or not!  I know that zombies and angels are gaining strength.  Any time you get a “boom” in a genre or sub-genre, you know that publishers are looking for books to acquire.  This can only benefit writers who write in these genres or sub-genres…presuming, of course, that their work is well-crafted.

DD:  Steampunk is the latest rage with costuming and spec-fic fans. What aspects of the Victorian milieu and steam engines do you think fans find so appealing?

ACC:  I remember reading Anno Dracula, I think it was, over a decade ago, so steampunk has been around for a long time…but it’s really hit its stride lately—not only with readers, but with costumers. The Sherlock Holmes movies starting Jude Law and Robert Downey, Jr., reflect that.  Phillip Pullman (The Golden Compass) did an early steampunk type series.  I think fans like the combined mystery and adventure aspect, as well as the cool costumes and the idea of sailing around in dirigibles whilst drinking tea and eating scones.  <smile>

DD:  How concerned should writers seeking publication be about current market trends?  Gee, should I be writing about dirigibles or sparkly vampires or both?

ACC: That way lies madness! It’s just about impossible for a beginning writer to write a book aimed at a hot trend, then revise it, polish it, have it beta read, find an agent, have the agent submit it, get a sale, then have the publisher take 18 months or so to put it on the shelves—and still have the book “hit” while the trend is still hot.  It’s nothing they should bank on, certainly.  Writers  should write the books they want to write, the books that are in their hearts, the ones that sing to their souls. Trying to write to a trend, unless you really love that trend, and want to write it, is probably not a good way to proceed.

DD:  Many authors are choosing self-publication over toughing out more traditional avenues. Especially from your experiences with Writer Beware, what should a previously unpublished author consider before venturing into self-publishing?

ACC: Writers should do their research and Learn How the Publishing Field Works.  Only when you know and understand how agents work, how commercial publishing works, how self-publishing compares to commercial publishing in terms of sales, etc., should a writer make a decision about which kind of publishing to pursue.  Publishing of any type is not a field where ignorance is bliss, and all too many aspiring writers are appallingly ignorant. That’s why I give my courses, frankly!  Scammers take advantage of ignorance.

For every Amanda Hocking, there are thousands of “self published” POD and e-published writers whose work sells less than 100 copies…and those are the copies the author and his or her friends and family buy.

I’m not saying that you can’t make money self publishing…don’t get me wrong.  You can! But you must work your tail off marketing, you must write on a professional level, and you must Learn the Business.  You can bet Amanda Hocking knows it!

DD:  If you could choose to write anything you wished without worrying about commercial success, what would you write and why?

ACC: Right at the moment, I’d go back and finish my Exiles of Boq’urain trilogy.  The second book, Winds of Vengeance, is more than half done, and I want to finish it.  I hope to tackle that in 2012, after I have my current project making the rounds.

DD:  Do you have any works-in-progress you can tell us about?

ACC: For my next project, I’m returning to science fiction, my first love. I’m working on developing an original SF trilogy for the YA market.  It will be great to be able to write a 90,000 word book after writing a 240,000 word book like The Price of Freedom.