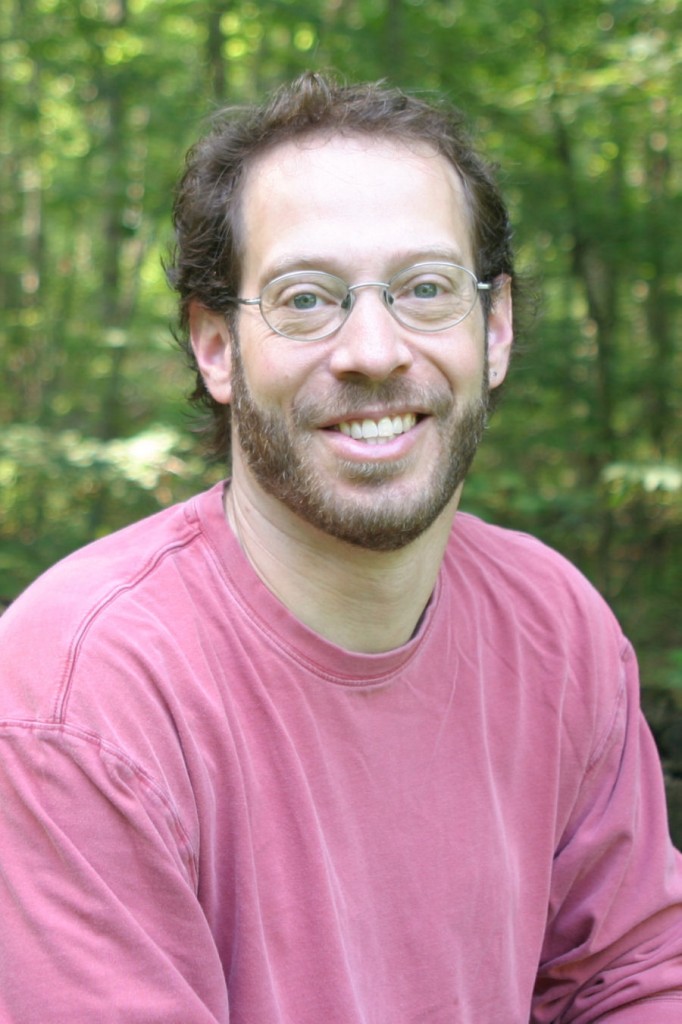 Hailed by C. C. Finlay “as a leader of the new American Revolution in historical fantasy,” D. B. Jackson combines his own unique brand of adventure and literary license into a marvel of genre-bending finesse. The Daily Dragon caught Jackson after his book tour for his latest novel in the Thieftaker Chronicles, Thieves’ Quarry (TOR July, 2013), to preview his Dragon Con 2013 appearance.

Daily Dragon (DD): Your novels Thieftaker and Thieves’ Quarry are set in a pre-Revolutionary America that’s as different from the colonies depicted in textbooks as potion-making is from high school chemistry. What ingredients did you add to spice up history?

D. B. Jackson (DBJ): Well, the most obvious elements I added to Colonial history are the two huge historical conceits that lie at the heart of the Thieftaker books. I try very hard to make the historical elements of my novels accurate, but the fact is that there were no thieftakers in Boston in 1765, nor were there any conjurers. Let’s start with thieftakers:

Thieftakers were an 18th century blend of private investigators and bounty hunters, men (mostly) who recovered stolen property for a fee. They did exist, usually in the absence of an established police force, but they were mostly a European phenomenon. They appeared very briefly in a few urban areas in the United States in the early 1800s, but then police forces were created and they disappeared. But in the Thieftaker books, they are a part of the urban landscape. And the reason I was able to make this fiction work in the context of a historical novel is that Boston in the 1760s was a fairly lawless place. There was no constabulary–just a sheriff, Stephen Greenleaf, who had little authority and no men to back him up. So merely by portraying accurately the unruly conditions in the city streets, I made it believable that thieftakers could exist in Boston.

I added conjuring to Colonial Boston in much the same way. There was no magic (that we know of) in Boston in the 1760s, but there was a long history of witch scares. So I created a magic system that resembled 17th and 18th century superstitions surrounding witchcraft–my conjurers conjure with blood, they commune with spirits, they speak incantations when they cast. So the magic system is as historically “accurate” as magic could be. And my conjurers, including my protagonist, live in constant fear of being hanged as witches.

I guess the point is that those ingredients I used “to spice up history,” as you put it, are inherently inaccurate. But they are historically consistent, and that’s what makes them work. They add to the history and make the novel more intriguing, but they don’t pull my readers out of my setting by seeming anachronistic.

DD: Dragon Con fans welcome alternate history and steampunk as speculative genres that enhance fact for fictional advantage. How does your writing expand this continuum?

DBJ: I think that the Thieftaker books add to the alternate history and steampunk subgenres by doing what fans of speculative fiction love–bending boundaries and challenging assumptions. I have nothing against either steampunk or alternate history; I want to be very clear about that. But my work is different. It differs from steampunk in that there is really no adaptation of technology in my books. There is magic, and a lot of it, but I am not trying to change fundamentally the historical landscape of the Colonial Era. Rather, I’m fitting my story and my “worldbuilding” elements into an existing landscape. And I think what I do differs from alternate history in that I am not playing with counterfactual arguments or changing actual historical events. This isn’t a “let’s give automatic weapons to the Confederacy” sort of approach. The history remains much the same. Again, I am blending my narrative, my characters, and my magic system with a world that is already largely complete. In so doing, I have created something a bit new: Historical Urban Fantasy. The historical setting and events are real, but I have sprinkled in magic, and inserted a murder mystery into each book. It’s different, it’s a lot of fun; I think that my readers are enjoying it.

DD: You will appear on the “Men of Urban Fantasy” panel on Friday, 8:30PM, International BC (W). Should we include the Thieftaker Chronicles as part of a genre usually set in more contemporary milieus?

DBJ: Absolutely. To me urban fantasy has three primary ingredients. First, the story takes place in an urban setting. In this case, the city in question is Boston of the 1760s. While it may not be modern, it is certainly urban: There is crime, there are pockets of poverty juxtaposed with areas of incredible wealth, there is industry, there are darkened streets and shadowed alleyways. More to the point, that urban setting is, in many ways, a character in the story. Boston is very much a part of the Thieftaker narratives. Second, urban fantasy has both a mystery element and a magical element, and Thieftaker and Thieves’ Quarry have that. Ethan Kaille, my protagonist, is a conjurer who casts spells to help him with his work as a thieftaker. And, as I mentioned, each book revolves around a murder mystery. Finally, urban fantasy has a noir-voice–the prose is lean, more reminiscent of a Raymond Chandler novel than of an epic fantasy. This might have been the greatest challenge in writing these books, and also the most satisfying result. I feel that I managed to create a sound for the books that captures the “noir” tone I was after while also remaining true to at least the spirit of the Colonial vernacular. The result is an 18th century story with a hard-boiled feel.

DD: Just what is Tricorn Punk?

DBJ: Forgive me for laughing, but I really do find this question pretty amusing. Last year, when I arrived at Dragon Con, I found that I had been placed on a number of steampunk panels. At first I was confused, because I really don’t write steampunk. But my work does fit with the whole alternate history thing, and so I could see why I might be placed with writers who do write it. And so, as a joke, as a way of explaining why a guy who writes urban fantasy set in Colonial Boston was on the steampunk panels, I jokingly said that I write “Tricorn Punk.” And then I informally trademarked the phrase. Well, it stuck–days later, as the con was winding down, I overheard people talking about me and my work and describing it as Tricorn Punk. So a new subgenre was born. Tricorn Punk is alternate history with a bit of an attitude. It’s set in pre-industrial America; it has magic and mystery; and it has the tone and feel of a Humphrey Bogart movie.

DD: What are your plans for your next tale featuring professional thieftaker and conjurer Ethan Kaille?

DBJ: I wanted to come up with a storyline for the third Thieftaker book (right now we have contracts for books three and four, but I am hoping to keep the series going beyond that) that would build on what I have done in the first two books, but would also take the stories in a slightly different direction. So in book 3, Ethan has an encounter with another conjurer who is sort of his “Moriarty” (from the Sherlock Holmes novels). This character, Nate Ramsey, first appeared in a short story that I published at Tor.com last year. The story is called “A Spell of Vengeance,” and in it Ethan battles Ramsey to a draw. Ramsey gets away, but at great cost. Well, now, in A Plunder of Souls, Ramsey is back, and he is looking to get revenge. I won’t say more than that, except to assure readers of the first two books that all the ingredients they have enjoyed in Thieftaker and Thieves’ Quarry are still there: the historical elements, Ethan’s rivalry with the lovely and dangerous Sephira Pryce, his romance with Kannice Lester, his friendships with Diver, Janna, and Reverend Pell. But there is also a twist to this third narrative; it’s different enough that it will surprise people, I believe in a good way.

DD: You’ve taught writing seminars and offered writing advice through your web sites and blogs. What’s the most important tip you can offer prospective writers of historical fantasy?

DBJ: For writers of historical fantasy I would offer this: When you set out to do your research, start with a set of questions that you know you need to answer in order to write the book you’re working on. Most of us who write this sort of fiction are in it because we love research; we love discovering those little tidbits and details that enrich our fiction. That’s great. But the problem is that it’s way, way too easy to get lost in that research and have it consume our time, our energy, and eventually our entire project. I combat this problem by figuring out what specific things I need to know, and I use that list to both guide and limit my research. Now, sometimes as I do the research I find that the answer to one question will spawn two or three more; that’s fine. The point is to place limits on the time and energy we devote to the prep work. When we’ve answered the questions, we can start writing. Again, sometimes as we write, more questions will crop up and we can deal with those. But having limits from the outset really helps me focus.

DD: “D.B. Jackson,” is the pseudonym of David B. Coe, award-winning author of epic fantasies, media work, and non-fiction books. What new work may we expect from Coe?

DBJ: This is a more timely question than you could know. In fact, it’s so timely that I can’t really give you a straight answer right now. Suffice it to say that I have been working on a contemporary urban fantasy; my agent and I have been trying to sell it to a publisher. And I fully expect that we will have some solid news on that front in the next few weeks.