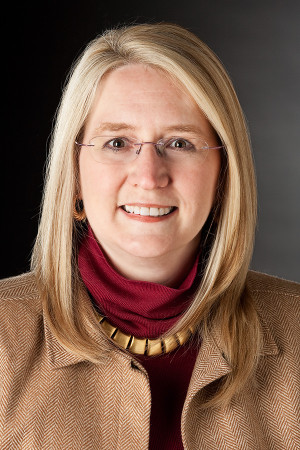 Author Gail Z. Martin has published several epic fantasy series and is now moving into urban fantasy.  She chatted with the Daily Dragon about the ins and outs of her different series.

Daily Dragon (DD): You just launched Deadly Curiosities, the first book in a new urban fantasy series. Please tell us about the book and the series.

Gail Z. Martin (GZM): Deadly Curiosities is set in historic, haunted Charleston, South Carolina. Cassidy Kincaide runs Trifles and Folly, an antique and curio shop with a big secret: they exist to get dangerous magical items off the market and out of the wrong hands. Cassidy is a psychometric, who can read the history of objects by touch. It’s up to Cassidy, who works with Teag Logan, a gifted hacker with his own unique Weaver magic, and her business partner, Sorren, a six-hundred year-old vampire, to keep Charleston—and the world—safe from supernatural havoc.

DD:  What inspired this series?

GZM:  I went to Charleston on a business trip and fell in love with the city. It’s so historic—and so haunted!  I couldn’t believe there weren’t other urban fantasy series set there, so I immediately began pulling together the characters and settings that would make a story quintessentially Charlestonian!

DD:  How did you develop this series from the first idea to the first book?

GZM:  I wrote the first story about Cassidy, Teag and Sorren in a short story for Solaris Books’ anthology Magic: the Esoteric and Arcane. (That anthology won a British Fantasy Society’s award for Best Anthology and was nominated for a World Fantasy Best Anthology). Then I wrote other stories set in that world for six other U.S. and UK anthologies. Solaris came back and asked if I’d be interested in doing a series. Of course, I said yes!

DD:  You’ve also written three epic fantasy series, The Chronicles of the Necromancer, The Fallen Kings, and The Ascendant Kingdoms.  Please tell us a bit about them.

GZM:  The Chronicles of the Necromancer series (Solaris Books) traces the journey of Tris Drayke, a young man whose family is murdered. He has to gain control of his magic—necromancy—before it destroys him in order to avenge his family.  The Fallen Kings Cycle (Orbit Books) books are basically the fifth and sixth books in the Chronicles series (same characters, different publisher).

The Ascendant Kingdoms Saga (Orbit Books) is a completely different series, set in a post-apocalyptic medieval world. Blaine McFadden and his convict friends survive the collapse of their kingdom and the destruction of the magic that supported their civilization. When the dust clears, Blaine might be the only one who can restore the magic—if his enemies don’t kill him first.

I’ve got to mention that there’s also a new Steampunk series coming in 2015 from Solaris Books, starting with Iron and Blood: A Jake Desmet Adventure.

DD: What differences have you found between writing epic fantasy and urban fantasy?

GZM:  In my epic fantasy, I made up the world and its history, so I’m the final authority. In urban fantasy, I’m working with a city grounded in the real world, so while I can take some liberties, it has to remain fairly authentic, and there are lots of people who can catch me if I get it wrong!

Epic fantasy is set in a medieval time period, so there are adjustments for the culture, actions, mindset, and dialogue that are very different from a story set in today’s world. It’s really fun getting to use modern idioms and cultural references!

DD:  What drew you to writing?

GZM: I learned in middle school (or as we called it, junior high) that I could tell stories that entertained people. And I always had stories to tell!  My friends used to pester me to write new stories, and then give me feedback on what they liked and didn’t like. We had so much fun! I knew I wanted to do that forever.

DD:  Before you launched your writing career, what did you do?

GZM: I did my MBA in Marketing from Penn State so I could afford to be a writer!  For 17 years, I headed up PR and Marketing departments in Corporate America, and for the last 11 years, I’ve owned my own marketing consulting firm. But as the books have grown, writing takes up more and more time, and marketing has become the hobby!

DD:  Who is Jonmarc Vahanian, and what led you to explore his storyline in greater depth?

GZM: Jonmarc Vahanian is an important character in my Chronicles of the Necromancer series. He isn’t the main character, but he plays a very important role that expands as the series unfolds. Jonmarc comes into the story as a world-weary, bitter mercenary who, for reasons of his own, agrees to help Tris avenge the murder of Tris’s family. But I always knew Jonmarc’s backstory, which is only hinted at in the Chronicles books. And readers loved Jonmarc and wanted to know more.

So I’ve begun bringing out short stories serializing Jonmarc’s story direct to Kindle/Kobo/Nook, The Jonmarc Vahanian Adventures. (I also write short stories written in the Deadly Curiosities world as well, a new story every month!).  I’m excited about the Jonmarc stories because they add to the world I’ve already shared in the Chronicles books, and they flesh out my world of the Winter Kingdoms until I can get the chance to write the rest of the books I have planned for those characters!

DD:  What advice do you have for aspiring writers?

GZM: Well, I’ll be doing ContraFlow in New Orleans, World Fantasy in Washington, D.C., Atomacon in Charleston, SC, and Philcon in NJ before the end of the year.  I’m working on three new books, plus monthly short stories. Lots happening!

DD:  Thanks for joining us!

GZM: Thank you for having me!