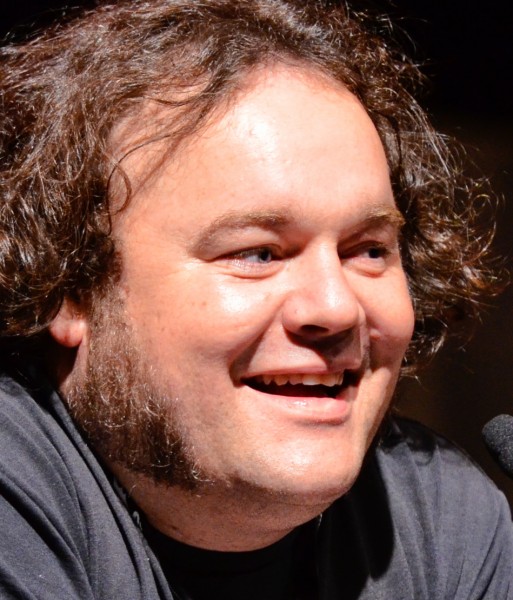 On Eureka, Chris Gauthier plays Vincent, the character everyone tells their problems and stories to. This time, he sat down with the Daily Dragon to answer some questions.

Daily Dragon (DD): So, I know you from Harper’s Island as well as Eureka. How far in advance did you know who the killer ended up being on Harper’s Island?

Chris Gauthier (CG): We didn’t know until we saw it. There are spoilers everywhere. You think that for a show you’re working on, there’s gonna be spoilers that you find out about. You just think that you’re going to know what’s going on in the show the whole time. We didn’t even know from episode to episode who was going to die. We would get the script, and then instantly everybody would collectively flip to the back. So nobody ever knew. There might have been some people that knew, but I think it was mostly Dan Shotz, Karim Zreik, the producers, Jon Turteltaub as well.

DD: It’s amazing how they would have been able to keep that under wraps.

CG: No kidding! But that was the whole part of the allure for them was to do it that way. So everybody was on their “A” game all the time, and they did it because everybody was so nice to the crew and so nice to each other. But we would have been anyway. We had an absolute blast shooting that show.

DD: If you could have chosen any one way for your character, Malcolm Ross, to die on Harper’s Island, what would it have been? Would it have been the slice and dice or something else?

DD: To date, we have not learned what Vincent’s last name is. Will we learn it sometime before the end of the series?

CG: Do you know, we were going to do that at the end, and I almost didn’t even want to know. I see Vincent as like Madonna, Usher, Cher…he is Vincent baby!

DD: I’m sure emotions were running high as filming was completed on Eureka. How did you handle it?

CG: I was fine all the way up until the end. Colin [Ferguson] had touched on this yesterday at the panel. It was nice that we got three weeks’ notice that we going to be done. Because lots of shows just get cut off and you don’t get a time to grieve, you don’t get a time to tie up any loose ends, everybody’s gone home for the summer and they find out in their own houses that the show’s not coming back. So it’s like, “Oh, well.” So you don’t get that goodbye, you’ve already distanced yourself from the show. To have that time, it was absolutely precious. I don’t think any of us took it for granted. Everybody was enjoying each other’s presence, enjoying each other’s work. And I didn’t think I was going to cry as much as I did, but then at the very end, when they announced show wrap on Chris Gauthier, the tears just started going. And I’d hug individuals and I’d have something articulated to say to them, but it would come out as [sounds of mush].

DD: If the show were to continue (which we hope that it does), is there anything that you would like to see Vincent do that he hasn’t yet done?

CG: I would like him to be involved, and I’m not saying this selfishly, but to have his own story line in an episode. I think to show some history to Vincent and how he got there because there’s a whole untapped character that you could use. So, the origins of Vincent and the origins of Café Diem.

DD: How are you enjoying your first Dragon*Con?

CG: I effing love it. I’ve been to three other conventions in the past, and this one kicks all of their asses. Dude, it’s like you walk the floor and everybody’s happy and everybody’s partying and everybody’s having a good time. I went outside for a smoke the night we arrived, and Martin Landau was just sitting out there, chilling. Where do you find Martin Landau just sitting on his butt having a smoke? We talked theatre. I’m from Vancouver, so we talked Canadian theatre.  We talked Canadian phone companies. I mean, it was surreal. We were having a very casual conversation with Martin Landau–Academy-award winning Martin Landau. It’s a mutual admiration society. And with the fans, too, because the fans here are –it’s so casual. It’s so nice. The energy has been nothing but positive.

Max sees to the needs of her kitty overlords; polices the grammar on all kinds of published material including signage, menus, and food packaging; and cuddles with her wife while watching her favorite shows (Our Flag Means Death, Killjoys, Sense8, and Doctor Who among them). She continues to be far too excited to be working for the Daily Dragon.