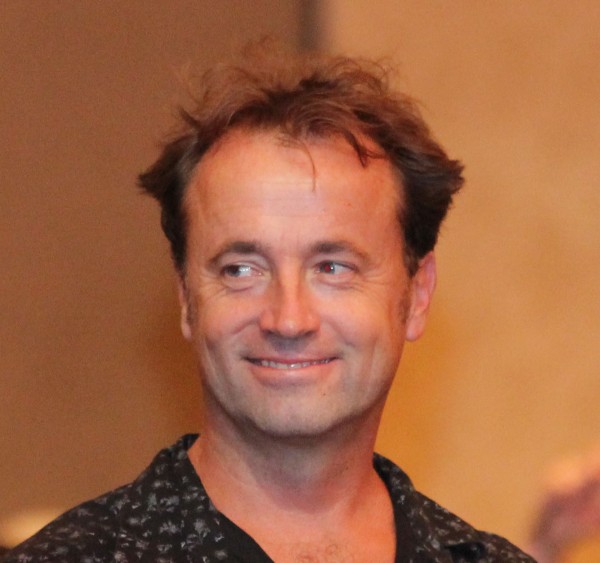 Daily Dragon (DD): So what have you been up to lately?

David Nykl (DN): I just did a webisode called “Mortal Combat.” Kevin Tancharoen directed it, the guy that directed Glee. Then I did another web project called “Future Love”… A lot of web projects coming up…

DD: Nice! There seems to be a lot happening on the web.

DN: Oh yeah, yeah. Had a couple of auditions this summer, fingers crossed.

DD: How long did it take you and David Hewlett to develop that synergy where you’re finishing each others’ sentences?

DN: Pretty much automatically, right away. It was right off the top. When we started working together, it seemed to gel, and the writers recognized that. They kind of brought me in to help with the tech-talk, to sort of divide it between Hewlett and someone else.

DD: But because you two worked so well together…

DN: It was a good dichotomy, with him as the overbearing boss…

DD: And you as the one that has a little more culture and politeness involved.

DD: Was there anything on the show you would have liked your character, Radek Zelenka, to do that there wasn’t time to get done?

DD: Other than going to the planet with all the kids.

DN: Yeah, that’s true. I was always the guy that was in the Control Room, which was fine, but yeah, that’s what I would’ve wanted to see.

DN: My pleasure. Thank you. 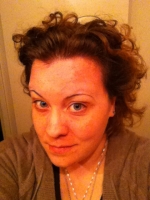 In "real life" Kris Eshleman is a perfectionistic conservation picture framer, handling all kinds of art work.  In her home she's known as Mama, Wife, and "Oh, that crazy chick."  ;)  In fandom, she's still known as "that crazy chick."

Her first fanfic was for the X-Files, but Kris has always been a sci-fi/fantasy nerd.  She places the blame squarely on her older brother's super-geek shoulders.  Kris didn't join fandom until The Invisible Man shoomed onto the small screen in June of 2000, and has been a loyal geeky fan ever since (ask her about the ouroboros tattoo!).  She joined a group of particularly talented and devoted fans to edit, co-write, and create art for The Invisible Man Virtual Seasons, and had even found time to pay attention to her loving family in between writing fanfiction & creating PhotoShop art.

Now Kris goes to the D*Con convention every year and practices her belly-dancing while framing art for her shop's D.C. clientele.