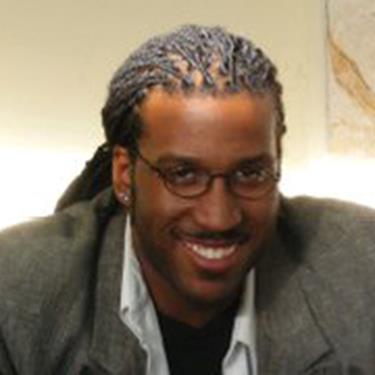 When drawing fanfic graphic novels was no longer fulfilling enough as a teen, Raphyel M. Jordan ventured into greater adventures in storytelling. Now, when he isn’t busy saving the world through the trusty arsenal called “video games,” the author fancies spending time writing about exciting worlds untouched by man.

Daily Dragon (DD): I am so glad you were able to talk with me. Welcome to Dragon Con! Have you been here before?

RJ: It’s funny, actually. In all honesty, the thought of making writing a career didn’t occur to me until I was around 20. All my life, I had wanted to be an animator until college finances proved that dream was way too expensive. Even so, up until then, I had been creating stories ever since I was taught to write a solid sentence, around 6–7. It was just a fun little hobby to do all the way up to high school, though.

RJ: Oh no, here’s the cliché response. Sorry, sorry, sorry! Given I like to write coming-of-age stories, I mainly get a lot of inspiration from life experiences. I only hit my 30s this year, so I have experienced a lot of growing up and learning over the past decade that I’ve applied to my stories.

RJ: Writers write and finish what they write, first and foremost. Do your research about the industry and business THOROUGHLY. There are a bunch of scams out there that will trick you into thinking one has to pay thousands of dollars to publish a book. If there is any money that has to be given, it is for a professional editor and cover designer…that is, unless you happen to be a professional artist or graphic designer. *wink wink*

RJ: Oi, I definitely need to have everything planned out. My first novel was written spontaneously, without an outline, and I think it’s evident. I love the research and backend stuff that readers may never get to see anyways, so I consider this one of the fun aspects to being a writer.

RJ: I’m currently working on a coming of age space opera called Prossia, which follows the journey of a teenage alien girl who was drafted into a galactic war. She has to deal with a lot of the themes young people have to deal with all the while trying to cope with the horrors of war. As she progresses in the story, she’ll start questioning what she was taught to believe as she learns the world isn’t as black and white as it seems. On top of that, she’ll have to make some major decisions without the support and advice of people she thought she could always rely on.

The third book in the series came out last November, called Prossia Revolution.

RJ: I’m currently working on the last book in the Prossia series. After finishing what I consider “the Empire Strikes Back” part of the saga, stakes are at an all-time high now. Honestly, the emotional aspect of the finale is pretty draining…and I’m loving every bit of it. Hell, I even got choked up at a scene I wrote out in my outline. MY freaking outline!

RJ: I have been drawing ever since I was 3.

I started writing “graphic novel shorts” when I was 6.

Video games are my favorite pastime.

I love anime, and some of its elements can be seen in Prossia’s characters.

When it comes to comics, I’m on the side of Team Marvel.

RJ: I’m a geek, so I’m either on my Xbox playing a game or watching something on Netflix or Crunchyroll.

DD: According to your website, you wear multiple hats. You are an author, a designer, and an illustrator. Is there one you like more than the others? How do you balance it all?

RJ: LOL! Yeah, that can get pretty hectic at times. Then again, it has its benefits. Like I said, I get to save a couple of bucks on book covers because I can design those myself. I also include illustrations in my stories, and I’m happy to say I always get positive feedback on the artwork. I also do my own web ads.

As far as a preference is concerned, you might as well be asking which I would I pick out if I had to choose. I found a means to have all three integrated into my life so successfully, I cannot imagine one without the other…  Stiiiiiiiiill, I guess I could say there will always be a soft spot in my heart for drawing. Without that, I wouldn’t have become a graphic designer, and I don’t know if I would have been as compelled to finish the first book of Prossia had I not literally seen the drawings of its characters breathing off the paper.