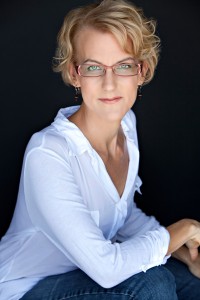 New York Times Bestselling Author and RITA Award winner J. Kenner has written in a wide variety of genres, with different names for each. She has given the Daily Dragon the inside scoop on what readers can expect from each of her various incarnations.

Daily Dragon (DD): A quick look at your website shows that you’ve written under the names Julie Kenner, J.K. Beck, and J. Kenner. Why did you use different names, and what sorts of books do you write under each one?

Julie Kenner (JK): Good question. I started out writing as Julie Kenner, simply because that’s my name! I wrote in a variety of genres, everything from sexy Harlequin Temptations and Blazes to light paranormal romances to humorous contemporary to chick lit suspense to young adult vampires to apocalyptic urban fantasy and finally to paranormal mommy lit. The latter, my Demon Hunting Soccer Mom series, did well across a broad spectrum of readers; I have fans as young as middle school.

When I sold a very dark and edgy series of paranormal romantic suspense novels (my Shadow Keepers series) set in and around a preternatural judicial system, my publisher (Bantam) and I both thought that a different name would be a good idea to set those books apart. Thus, J.K. Beck was born (JK being my initials, and Beck being my maiden name).

I do have two separate Facebook pages for J. Kenner and Julie Kenner, but I have a combined website (juliekenner.com and jkenner.com both go to the same place) and a single Twitter account: @juliekenner.

DD: What draws you to stories with fantasy and paranormal elements?

JK: To be fair, I’m drawn to all stories. If there is a story, I’m all there. I read pretty much everything. But paranormal has a special place in my heart. As for why, I couldn’t say for certain. I was captivated by the idea of Narnia as a child, then absorbed in television shows such as I Dream of Jeannie, Bewitched, and even Mork & Mindy (it pains me to admit that). I was a huge fan of Star Trek, still am. And I saw Star Wars in the theater over eighty times (no, that’s not a typo).

As a child, I read everything, too, but books like Edith Hamilton’s Greek Mythology sucked me in, as did A Wrinkle in Time (the entire series), and pretty much anything by Stephen King. I wasn’t as much of a fan of The Lord of the Rings, though I did enjoy it. My favorite fantasies are what I like to call “our world, with added value,” though I do enjoy “other world” fantasies as well.

If I put a more analytical spin on it, I think that with fantasy—as both a reader and a writer—you get to explore extreme archetypes in a way that seems realistic within the confines of the world, much more than you can in, for example, a small town contemporary romance or mystery. You can push the envelope more … and that can be challenging, freeing, and entertaining.

DD: What can readers expect from the Demon Hunting Soccer Mom series this time around?

JK: Book six, Pax Demonica, is already available! Book seven will be out next year, tentatively titled Day of the Demons. (And I’m hoping to release a novella and/or short story soon, too, but that depends on the demands of my overall writing schedule.)

There’s a lot in store for Kate, Allie, and the rest of the gang in the coming books. And the story in Pax, which picks up right where Demon Ex Machina left off, gives some clues to readers about where we’re going next.

DD: Did anything in particular inspire your superhero romances or your demon-hunting soccer mom?

JK: With regard to the superhero romances, I truly don’t remember. I do remember later running across a scrap of paper that said “superheroes in love?” along with other scribbles that were obviously story ideas. Apparently I latched onto the superhero idea. (Sometimes, I just start writing; that was what happened with Aphrodite’s Kiss, the first story in my superhero series. I met and adored Zoe and just started writing her story. The what of the story came later.)

With the Demon Hunting Soccer Mom series, I have a much more specific memory of how I came up with the idea:

I was looking for an idea for a new series of paranormal romances to pitch to my publisher. I had a vague image of a band of demon hunters striding over a hill, black capes flowing. It was a very cinematic image, but I didn’t have a story to go with it yet.

At the same time, chick lit had exploded onto the scene. I was a brand new mom, and wanted to write not chick lit, but mommy lit. And I was thinking about the two at pretty much the same time.

Crash! It was just like that Reese’s Peanut Butter Cup commercial. The two ideas smashed together, and the idea of a Demon Hunting Soccer Mom—Kate Connor—was born. With my infant daughter perched in her bouncy seat on my desk, I wrote the first chapter of Carpe Demon in one sitting. It changed very little from that day to publication. Once the idea hit, Kate and her family sprang to life in my head–and have lodged firmly there ever since.

JK: Not as much as you might think. All of the stories are so deeply character based, with vampires who are trying to deal with who they are and what they do, to characters with dark secrets who are searching for some type of heretofore unknown fulfillment and release. (In Release Me, for example, my heroine is a cutter. Her issues are at least as weighty as those of a reluctant vampire or self-loathing demon.)

But my goal is always to write characters that the readers can identify with, so in that respect the books don’t feel different to me at all. And certainly my voice shines through across all genres, and I’ve been very pleasantly surprised that I have readers who follow me across all genres as well.

JK: I ran across a definition recently that was attributed to Sylvia Day and the Passionate Ink chapter of RWA. Whether or not that attribution is correct, the definitions sum up my thinking as well:

DD: When and why did you first start writing fiction?

JK: I don’t remember ever not writing fiction. My earliest memories involve making up stories! I started trying to sell short stories in high school (I did manage to sell poetry, but never the short stories).

I got serious about trying to sell a novel in 1997. I was working as an attorney and feeling the need for a creative outlet. I’d been writing screenplays with a partner in Los Angeles, but I’d moved to Orange County (and then later Texas) and so it was harder to write together. I discovered category romances, which I thought made sense as a point of entry because the shorter length worked with my crazy lawyer schedule.

I sold my first book in June of 1999 and haven’t stopped since!

DD: You’re recently reissued some of your older titles without going through a traditional publisher again. For writers considering self-publishing, what do you see as the pluses and minuses of striking out on one’s own?

JK: Oh, my! That’s the kind of question that requires a podium, a microphone, and a few hours of Q & A.

The bottom line is that both have their rewards and pitfalls and that nobody but you can say which is right for you because every person has different needs at different points in their career.

Indie publishing is great for a lot of reasons. It has given authors a freedom and accessibility that hasn’t existed before. It has opened up a lot of new doors, and certainly it has made a lot of careers for some very successful, highly-productive authors. That’s fabulous. There is a level of control with indie that an author doesn’t have with a publisher, and that is also fabulous.

But at the same time, that control by its nature presents choices. And the author suddenly becomes a full-fledged enterprise, and writing time often gives way (rightly or wrongly) to both promotion and production concerns.

Traditional publishing takes some of the burden off the author and, when it works the way it should, gives the author a partnership—even a team—by which the book winds its way through the process and into the hands of readers.

Neither approach is “better,” and every author needs to think about the various paths and decide for his or herself how best to publish a particular work in light of that author’s particular needs, skills, and goals.

DD: Do you have any particular advice for writers just starting out?

JK: Write. A lot. Then write some more. You won’t find your voice unless you actually write – and until you finish something.

Don’t keep massaging the first chapter over and over. Move on. Move through the story.

And read. A lot. Then read some more.

Find other writers, online or in person, and form a critique group. Give honest feedback, and learn to accept honest feedback. You don’t have to implement every suggestion, but do thoughtfully consider it.

And don’t give up!

JK: I’m currently working on a number of projects, but there are a few at the forefront: First is the first full-length novel in my Stark International series, which is a spin-off series from my bestselling Stark Trilogy. Book One is called Say My Name and will be out in early 2015.

I’m also working on book seven of my Demon Hunting Soccer Mom series and the first novella (which leads into the first book) of a new paranormal series, The Phoenix Brotherhood. Caress of Darkness will be out in December.