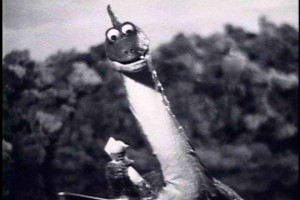 It’s an ordinary day, and Joe is fishing, with little success.  After several hours, a mysterious woman of the lake swims up to him. She introduces herself as Veronica and doesn’t think much of his fishing skills. To prove to her that he is indeed a good fisherman, he boasts that he can catch something no matter what the bait.  Using a piece of his sandwich, he casts his line, but finds that what is in this lake is better off not being caught. Joe wonders if he’s the fisherman, or the bait, as he gets the fight of his life as he tries to survive this fishing trip.