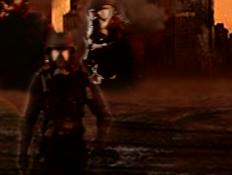 Sometime in the near future, after nearly all of the world’s population has been devastated by the virus known as ‘Red Death’, three soldiers march out to investigate a distress signal coming from one of the last remaining quarantines on earth.