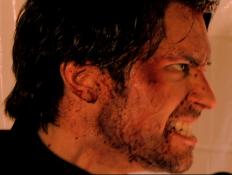 Metal Gear Solid: Acquiescence is a short tribute to the many contributions to both video games and film made by the Metal Gear saga and Hideo Kojima.

The story is set in 1994 where we find our hero, Solid Snake, as he attempts his first mission for the secret organization known only as Foxhound. Snake must infiltrate a facility that is rumored to be under the control of a draconian, Russian nationalist, Nikita Doovaravich, holding hostage, a world renowned physicist. A former army soldier, Snake must now enter a world of espionage and cruelty where even the smallest amount of indecision can lead the world to cataclysm.