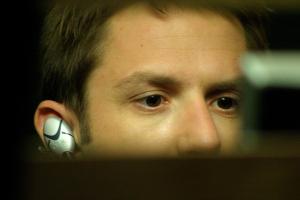 Westly Ferris is in love with his co-worker, Shannon, but she barely knows he’s alive. When he builds up enough courage to ask her out, he fails miserably.

But that night Shannon contacts Westly on the internet and offers him the opportunity to get to know her better online, beginning an online romance. Yet during the day, Shannon feels they need to hides their relationship from the always prying eyes of the corporation. But the corporation might know more than either of them thinks, and in a world of computers nothing is as it seems.