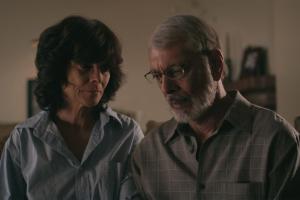 Dr. Ben Jacobs created a drug that allowed mankind to fight back against the Z-virus, which nearly destroyed civilization entirely. Now he’s trying to cure the last lingering strain of the virus. Working out of an abandoned, dilapidated hospital with George, his friend and assistant, Ben carries on with his research. But he harbors a secret at home. The last infected specimen of the Z-virus is Ben’s wife, Alice, secretly living in domestic quarantine. As Alice feels herself slipping away, Ben races to find a cure. George begins to suspect that Ben is hiding something, while Alice slowly becomes a monstrous Z-positive.