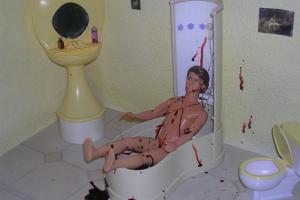 In 2004, Mattel announced the breakup of Barbie and Ken. Members of the media blamed Ken’s unwillingness to commit. Others questioned his sexuality. The years have passed, and Barbie has moved on—new life, new loves, new job. No one has ever bothered to ask how Ken is doing…until now. This short, dark, comedic fantasy features music from the award-winning musician and artist Voltaire. Ken imagines Barbie and her new lovers while planning the demise of those who supplanted him in ever-increasingly devious ways. Rated R for excessive violence…to dolls.