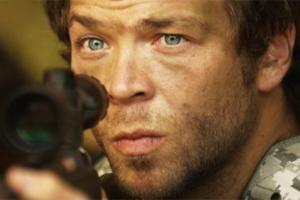 “The Duty of Living” is a short film about a young soldier’s return to his family’s home after the zombie apocalypse.

Juan Riedinger (Jennifer’s Body, The Day The Earth Stood Still) plays Darren Stark, who’s joined up with one of the emergency squads dispatched to clear out areas with zombies still roaming the town.

As he makes his way back to his deteriorated home, he must contend with the memories of the last words he had with his family.