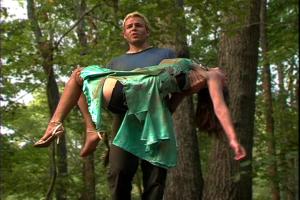 What would you do if you met a real zombie? Would you overcome your urge to run like diarrhea? Would you help the Zombie “B-movie” actress of your dreams get re-seeded by a virgin? Would you find the courage to fend off zombies trying to capture your B-movie princess? Would possess the skills to avoid the police officers who think you are just an obsessed fan dragging around her dead body? Would you have guts to rush into a voodoo sacrifice to save your zombie girl from death beyond undead? Would it be love, or just ‘NECROMANCE’?