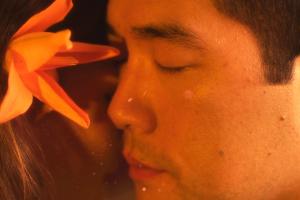 In a world in which catastrophic global warming has become reality, a jaded government undersecretary (Tim Kang) flirts with a scientist (Betty Gilpin) and ends up embroiled in a radical conspiracy to save the planet — by transforming the human race itself. A parable about change, both personal and political, from award-winning director Greg Pak, “Mister Green” launches in March 2010 as part of the ITVS Futurestates series.