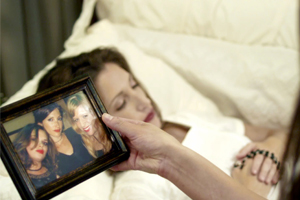 A young woman who’s recently begun work in a funeral home finds her life has settled into a place of daily disappointment. One night, while alone at work, a dead body comes back to life—another woman, close to her age, whose own life had been so reckless it led to her death.

Vivienne Again tells the story of what happens when these two women are thrust together to uncover how one died and how both can escape the killer closing in to complete the job.