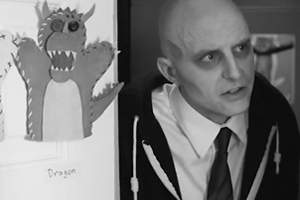 Not looking to die young, Natalie makes a tawdry bargain with the Reaper: sex for her life. Six years later, Death has a mousey kid on his hands whose only friends are made of felt. Though apprehensive and terrified, Death’s doing his best to fill the role of Daddy Reaper, but how close can a father and son get with the touch of Death in the way?