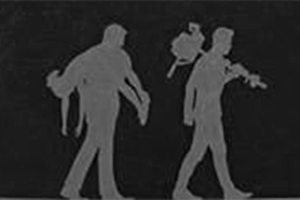 Old friends long gone their separate ways over a woman are brought crashing back together one fateful night by a dark secret that could destroy them both.

Fastidious Cam and carefree Todd were friends from childhood. Always between them was Diane, the love of both their lives. It always looked like it’d be Diane and Todd together, until Diane began to grow up, and her pragmatism won out: she picked responsibly instead of passionately, and she and Cam got married, leaving Todd adrift. Ever the friend, Todd helped Cam cover up an indiscretion that would haunt them both and finally split them apart. That was five years ago.

Tonight, Todd has shown up out of the past, dragging husband and father-to-be Cam out of his house in the dead of night with a phone call for help. Todd has a body in his trunk and is calling in their debt of friendship. Now Cam must choose: does he risk Todd outing their dark secret, or does he add another to his conscience by helping Todd in his own gruesome cover-up? Nothing is what it seems in this dark character thriller.