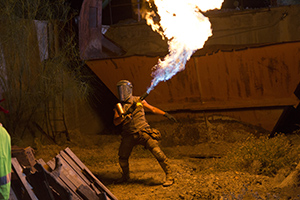 As the first film ever created using Crowd Powered Entertainment™, While You Were in a Coma was voted on every step of the way, from the title to plot points, to the director and lead actor. It follows the story of Otis Reeves, a man who wakes from a coma 30 years after his prom night to find the world in shambles and the girl of his dreams still out there waiting for him.