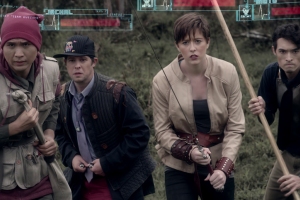 Welcome to a modern world where magic is so prevalent that it’s almost mind numbingly monotonous. After a hundred years of peace and prosperity, society has grown comfortable, tolerating the occasional dragon attack as long as it doesn’t interfere with internet speed. With very few exceptions, Questers (professional adventurers) are seen as desperate lunatics that must journey for days, sometimes months, to complete increasingly dangerous jobs. Ninety-nine percent of all quests end in either failure or death.