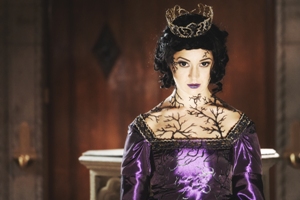 Through a difficult birth, aided by magic, the kingdom finally welcomes an heir to the throne, Eleanora. For years, the princess is cherished and groomed for her future, but on her sixth birthday, the King and Queen welcome a son, stripping Eleanora of her crown. As the kingdom ignores her in favor of their future King, Eleanora turns to the very magic that helped her into this world to find her purpose. She will not be forgotten.