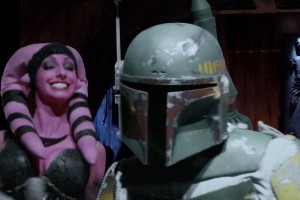 This fan-made music video parody mashes up Jay-Z’s “Izzo (H.O.V.A.)” with Star Wars’ most infamous bounty hunter, Boba Fett. Using the magic of green screen, Boba Fett appears in scenes from all seven Star Wars films to proclaim his intergalactic supremacy. The video was shot in late 2015 with an Atlanta-based cast and crew, and would not have been possible without the contributions of the 501st Legion’s Georgia Garrison.