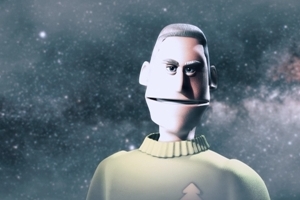 Fan Films are everywhere these days and thanks to digital cinema, computer animation and crowd-funding, they are looking better and better. But some people aren’t happy about that. Stalled Trek: Prelude to Ax’d-We-Are is an animated puppet parody of the award-winning and controversial fan Prelude to Axanar fan film and its legal woes.