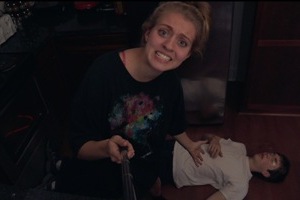 When Amy, a writer for a website that promotes viral videos, discovers her dishwasher repairman has collapsed in her kitchen, she attempts to capture her rescue on video. Armed with her smartphone and selfie stick, Amy uses the repairman’s injury as her potential ticket to viral fame.