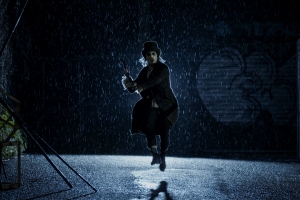 When a young woman is abandoned in the night by her abusive boyfriend, her only way home is through an alleyway where she is terrorized by the mysterious entity Alfred J Hemlock. After wearing her down, Hemlock offers her a seductive but deadly solution. It is only by reaching the depths of her despair that the woman finds the strength within herself that nobody suspected she had.