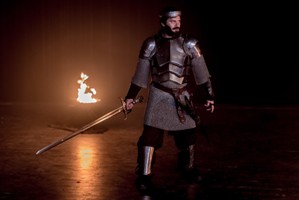 A medieval warrior kills his King, who had become a tyrant and then has doubts about his abilities to wear the crown. Forcing the King’s Mage to show him the course of his future reign, he discovers that one’s fate should not be known.