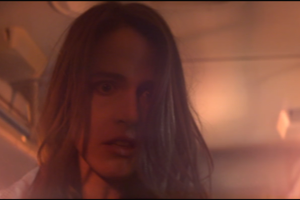 It is late when Ana’s bus makes an unscheduled stop. The driver and other commuters fall unconscious. Ana is the only one awake when an otherworldly passenger forces Ana to make a life-or-death decision. Her fellow commuters awake unchanged, but for Ana this may have been her last ride.