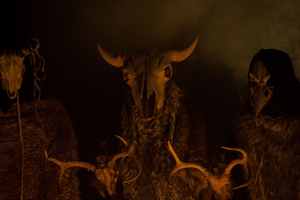 A pair of mismatched U.S. Marshals – a reformed outlaw and a free man of color – is sent to the Kansas frontier to uncover the fate of a Marshal who went missing while escorting a member of a notorious gang to his hanging. But when the Marshals find the condemned man alone and barely alive, the obvious answers don’t hold water. All the evidence points to something much darker and more sinister.