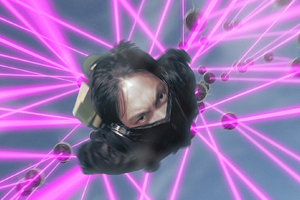 In a distant 1980’s future, America’s last Ninja must rescue the President’s Daughter from Neo-North Korea. There, he faces an uphill battle against genetically enhanced super soldiers including an adversary so supreme, the battle must be taken off-planet.